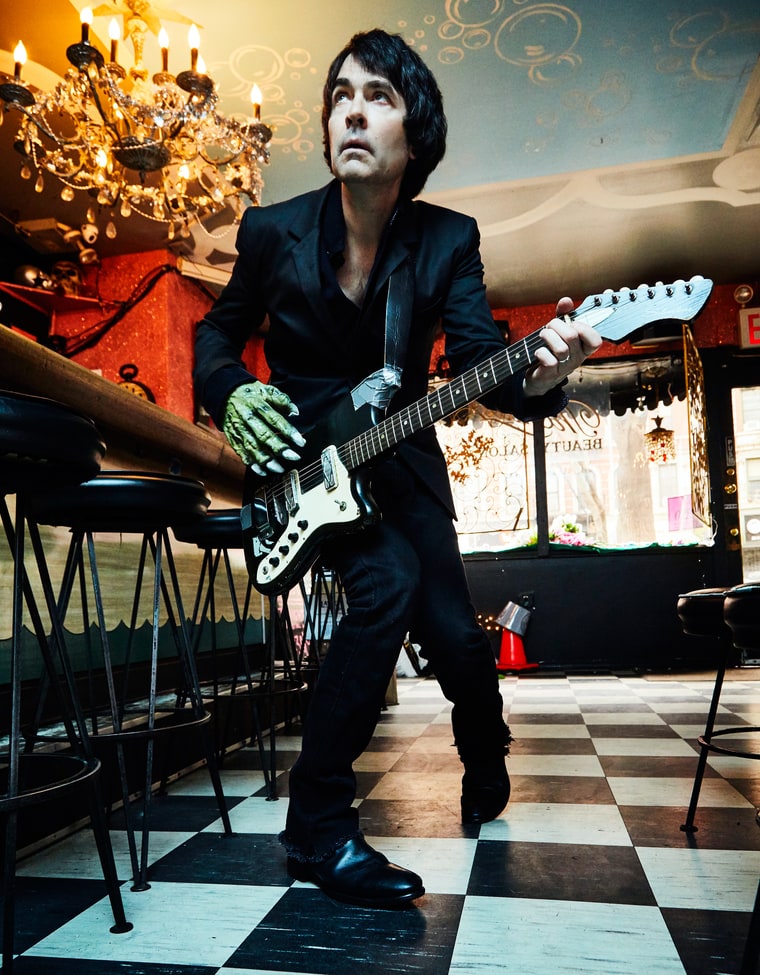 “I didn’t try to overthink things when I was making it so I think I tried to go with my instincts. It’s a punk record. I’ve always been a primitivist.”

“So, I started thinking about trying to start something new. A couple false starts and I just figured out I’m going to do it by myself. So I wrote a bunch of songs and went out to Benton Harbor, Michigan to work at the Key Club, which is a great studio out there that I’ve done a few records at. It was the end of September. That was the tracking session. I used a local guy from Kalamazoo, M. Sord, to play drums. He’s someone that I’ve met over the years working at the Key Club. He sort of the studio handyman. He’s also a very good drummer. He played on the record and then my old friend Sam Coomes, of the band Quasi, he came in from Portland, Oregon. I had this batch of songs and we set things up and every day I would show them. We would just work through the songs, I would play it down for them and we would figure it out and just sort of bang it out a few times. It was certainly not over rehearsed. I taught the band the songs, we figure stuff out, we played it and got a good sound, and then we got a good take and that was it. We just kind of moved quickly through it.”

“And then in January I went back and just by myself and did the overdose and mixed it. The whole record was recorded and mixed in Michigan. It was at the Key Club in Benton Harbor and working with Jessica Ruffins and Bill Skibbe, the couple that owns that studio and runs that place. And like I said it’s a punk record, it’s pretty simple, straight ahead.”

“I think things will be a little different from the way that we did it on the record. Certainly if we do a Pussy Galore cover, a Blues Explosion cover, it’ll sound different. But I think that’s part of the reason I’m excited and mostly nervous, because it’s all kind of still forming.”

“When we’re out on the road this July and August we will have the special pre-release tour edition for sale. So there will be vinyl copies for sale at all these shows.”