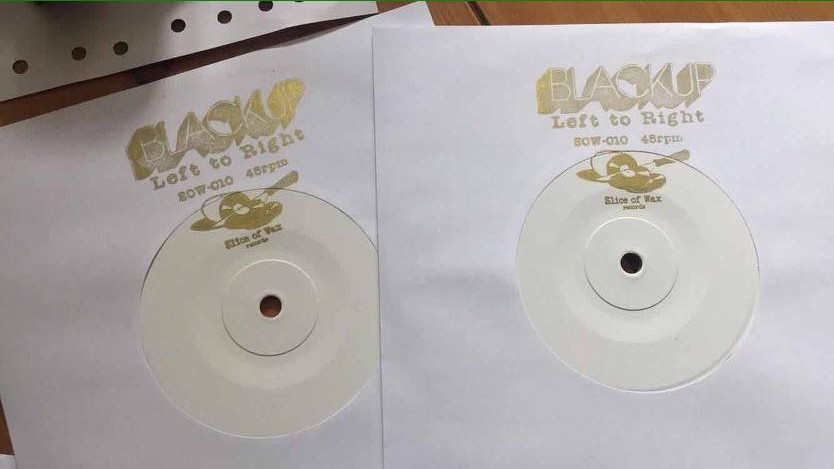 There are a few copies of the Blackup / Brat Farrar split 7″ single on Red or Gold vinyl or as a package with a baseball shirt designed by Brian Walsby available direct from the Blackup bandcamp page:

nb. Unique artwork is added to the 7″ sleeves upon request.

UPDATE: The standard edition is due to be available from Slice of Wax towards the end of January / early February 2018.

“We are currently finalizing two long overdue releases : the BLACKUP/Brat Farrar split 7″ and the Psycho Mutants 7”.

There will be GOLD!

Two screenprinted postcard designed by Xavier Benoit will complete the bloody gold edition of the BLACKUP/Brat Farrar split. The cards are called “Satan et son fils” and “Montagne de bites” and I urge you to NOT google that last one.

We will also make a screenprinted cover for the milky gold version of the Psycho Mutants 7″.

Both these records should be officialy released by the label at the end of the month or early February. Stay in touch!” – https://www.facebook.com/sliceofwax/

The Blackup track (‘Left To Right’) was originally released on the album Ease & Delight on which Jon Spencer is credited with “some pre-production”.

This entry was posted in Jon Spencer, news, Production, Release. Bookmark the permalink.