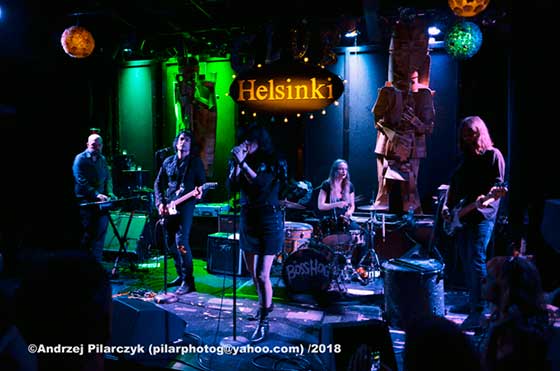 “Thirty-odd years after her debut Martinez remains a riveting stage presence, and like Iggy Pop she simply abhors any separation between band and audience. When Boss Hog’s opening number “Devious Motherfucker” failed to fill the dancefloor directly in front of the stage, Martinez jumped offstage and crossed the gulf herself, getting in the face of those of us in the first row while she sang “Winn Coma.” – Steven Stock

This entry was posted in Boss Hog, Photos, Review. Bookmark the permalink.