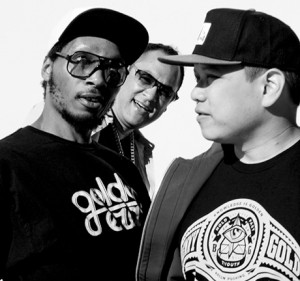 “Kid Koala describes this collaboration with DJ Dynomite D as “six turntables, Black Sabbath styles.” Inspired by a tour accompanied by the rhythm section of Australian rock band Wolfmother, Slew started work on a second album, choosing to sample from the participating musicians, and including tracks with “some of our favourite rock vocalists,” including Jon Spencer and longtime Automator collaborator Mike Patton. The album is in the midst of mixing.”

Exclaim.ca [LINK] have recently published an interview with Deltron 3030 in which Kid Koala mentions the second album by The Slew featuring Jon Spencer.

This was previously mentioned during an interview with Spinner Music in August 2010: “As for Jon [Spencer], we’ve been meaning to do some stuff together for the last couple of years. We were originally going to do something just the two of us, but I think the Slew is better suited to his voice. It’s got this really kind of sludge-bluesy roughness that’s just perfect for him.”

This entry was posted in Jon Spencer, Slew. Bookmark the permalink.