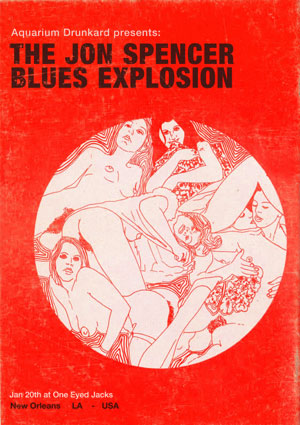 The Jon Spencer Blues Explosion will be playing live in the US, Europe and Australia starting with the WFMU Benefit show at The Bell House, Brooklyn, New York on 13 January 2013. Check the official show listings on thejonspencerbluesexplosion.com/shows/.

And on 23 January 2013 the Guitar Wolf vs The Jon Spencer Blues Explosion CD/DVD will be released in Japan (available as a pre-order via amazon.co.jp / hmv.co.jp).