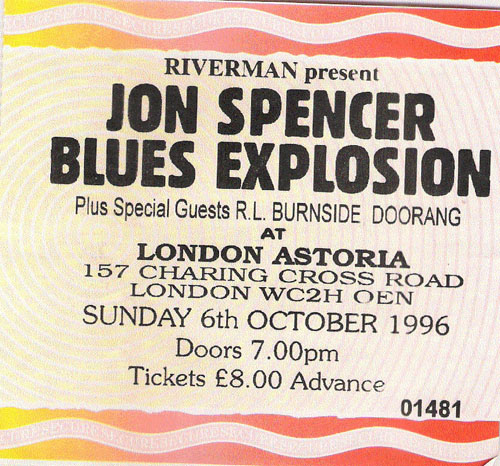 This was to promote the release Now I Got Worry with promotional postcards/stickers given out on the night.

Doo Rag is incorrectly printed as ‘Doorang’ on the ticket. Twenty Miles appeared on the split EP releases Sinful Tunes & Spirituals (with Doo Rag) and Let Every Town Furnish It’s Own Women (with Bob Log III of Doo Rag)

This is from around the time R.L. Burnside – A Ass Pocket Full of Whiskey was released and the same month of recording for Twenty Miles & RL Boyce, Othar Turner Fife and Drum Spam.

SHOW REVIEW: Out of The Blues, Onto The Rack 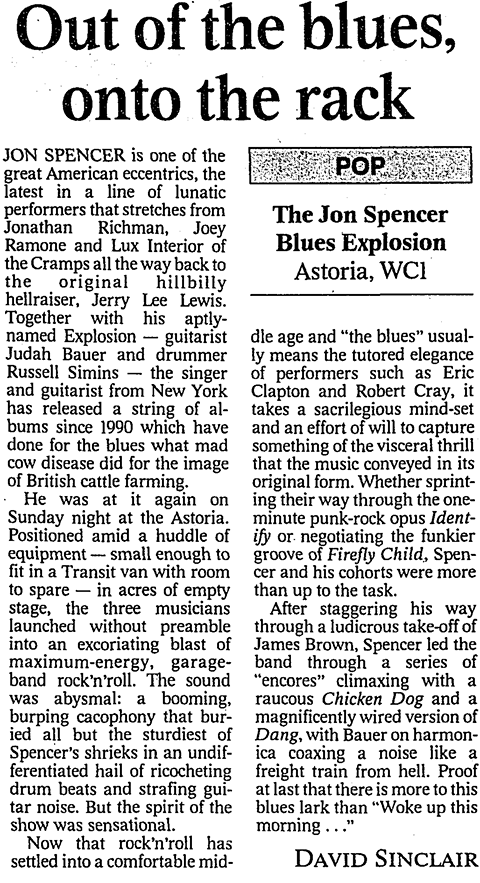