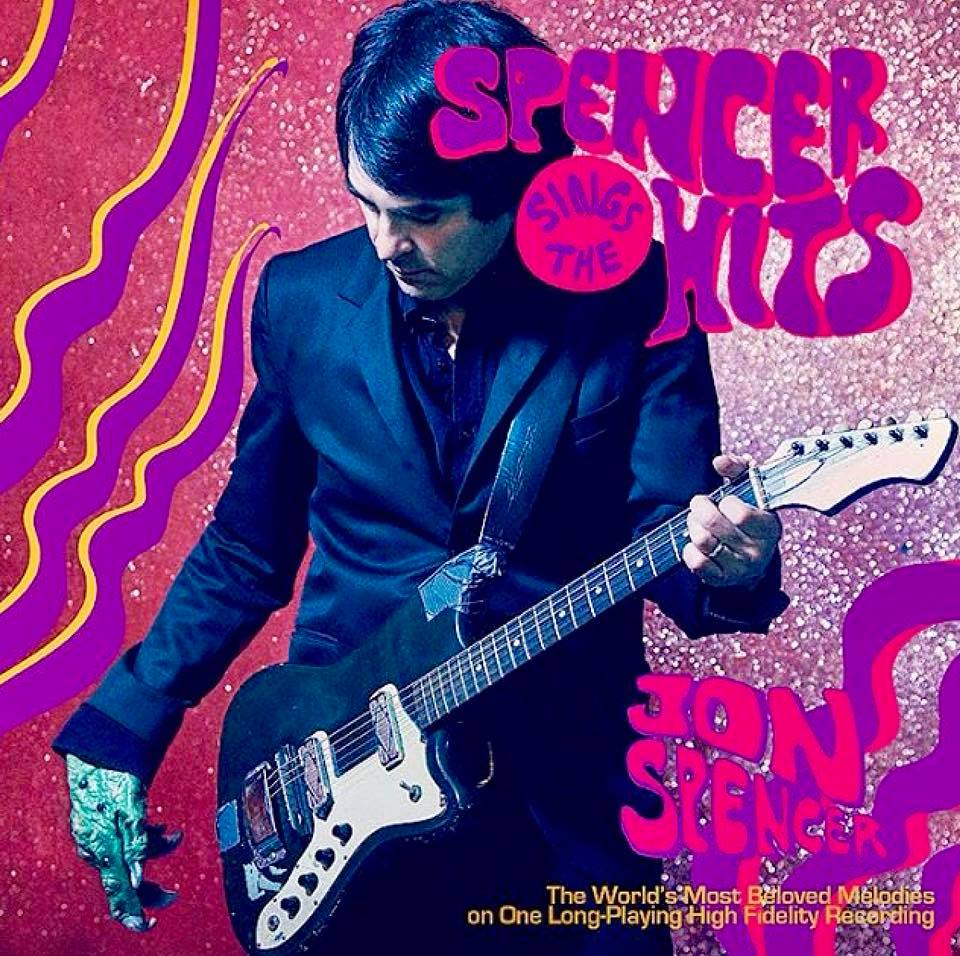 “…while Sings The Hits does feature some familiar structures and ideas, it is unique beast unto itself.”

“Spencer has nothing to prove but proves it anyway…”

“For his first album under his own name, the ever-wild guitar renegade lampoons the posers and newbies while again rewiring rock’n’roll until the circuits almost short.”

“Spencer still sounding like the over-amped subway beat poet preacher that you don’t know whether to listen to intently or change trains to avoid; the fuzzed-up, fucked-up guitar chaos is still there in all its infectious, riff-laden glory. And the energy, that fiery, unstoppable, compelling energy that Spencer has always generated is just as prominent as it ever was.

“Playing this way takes a shitload of practice, and these songs are as focussed, refined and honed as anything Spencer has ever done, yielding some of his most infectious guitar lines and arguably some of the finest tracks of his lengthy career.”

ALBUMS OF THE MONTH FEATURE: https://www.clashmusic.com/features/albums-of-the-month-november

“…as if Einstürzende Neubauten decided to make an album covering The Fuzztones.”

“The great Jon Spencer returns solo to prove he’s a wizard, a shaman, a prophet, a mage of the highest church of burnt ozone brain fry. There’s no cage that can hold his chemical burn barrage and that’s just the way it should be.”

“Jon Spencer knows that all you need in order to write a stompin’ rocker is an old guitar, a beat-up amp, and a bit of attitude. On his solo debut, Spencer (of the Jon Spencer Blues Explosion, Pussy Galore, Boss Hog) serves up 12 tracks, all glowing with gritty, golden fuzz just begging to be played at your next late-night after-party, when things start to get a little sweaty, loud, and broken. On the song “I Got the Hits,” Spencer shouts, “C’mon! You wanna feel good? How ‘bout it?” A challenge for anybody drowning in their own existence to shut up for a minute and take a shot of Jon Spencer’s pure rock ‘n’ roll hits. (4/5)”

“Right now we need a down and dirty gutter punk and roll blues, like this record, more than ever. Everything is in the red on this record; the energy levels are set to the maximum and Spencer’s vocals and guitars are WILD”

“Spencer Sings The Hits! brims with a live wire energy shot through with his patented, dirty sounding, fuzzed out riffs, along with metallic percussion that hints at Pussy Galore, to create one wild ride. Spencer sounds as feisty and plugged-in as ever.”

“I can only think of a handful of rock and roll’s grand hoard that have aged as brilliantly as Jon Spencer. If you’re as cool in 2018 as you were in the 80s, you’re doin sumthin right. From the ‘Elvis on Smack’ riff-roaring noise of the Blues Explosion to the sickeningly sultry sounds of Boss Hog and all the way back to the eardrum-rupturing blues experiments with The Honeymoon Killers, Jon Spencer is still around for a reason.

If you haven’t heard his newest full-length rendezvous out now on In The Red Recordings, do yerself a huge favor and get to it.”

…the raw, primal impulse that has threaded its way through his entire career hasn’t diminished one bit.”

“On Jon Spencer’s debut solo outing, he’s trimmed whatever little fat there was on his trash blues garage sound and focused himself like never before to come out with what could well be his best album to date.”

“The album starts with Do The Trash Can and it’s business as usual – growling fuzz, a tight three-piece (with Sam Coomes and M.Sord) and Spencer shouting out the sound-bites. It’s the first single from the album and it’s primitive and excellent.”

“Jon Spencer is the living embodiment of a rock ‘n roll maverick and his latest album is testimony to that, this is not predictable good time rock ‘n roll, it has the same spirit but it’s through the looking glass where everything is twisted and strange”

“…this record is a blast of fresh air, crank up the volume and prepare to have your ears sandblasted.” – Rock Regeneration

“One of the great things about a Spencer related release is the uncertainty of what you’ll hear. He’s a creative soul who could make banging on cardboard boxes sound utterly amazing, his impeccable showmanship ensures live shows are fantastic…”

“‘Fake’ finds him commenting on the current climate of social media overload and overwhelming negativity of an overly hypercritical Trumpageddon world, that’s slowly crushing everyone. ‘Time 2 Be Bad’ is a standout track for me, with it’s Boss Hog groove and swagger. Spencer shouts “It’s a good time to be bad!”” – Graeme J Baty / Blank Slate Creative

“In Jon Spencer’s debut solo album, Spencer Sings The Hits, fans will find a genuine and true revelation about both the singer and his music.

…And because it can so easily be presumed that Spencer Sings The Hits is a pure expression of the artist’s work, listeners will finally feel as though they truly know and understand the artist after they’ve run front-to-back with the album.” – Bill Adams / Ground Control Magazine

This entry was posted in Jon Spencer, Press, Review. Bookmark the permalink.