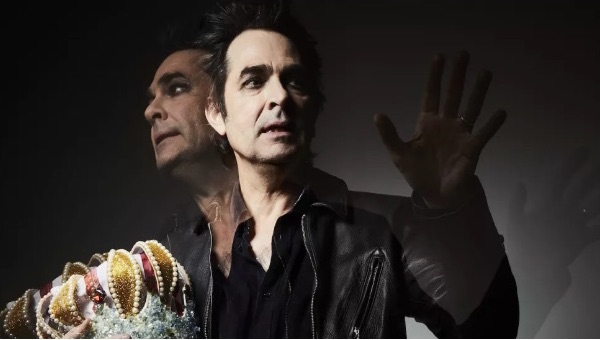 “The pandemic, the rise of the right, the war against truth: Jon Spencer has a lot on his mind. So how come his new album is so much fun?”

There’s very little outright raging on the record though…

It was impossible to make this record without having the pandemic influence. There were some personal things going on with my family, periods of stress and turmoil and worry, on top of and alongside a global pandemic. It wasn’t just me. Other people in the band experienced tragedy. But it was a time to write about it in a way that people would not get turned off: “I don’t wanna hear about it. I just lived through it.”

Jon Spencer Talks Courtesy, COVID and His New Band, the Hitmakers Ahead of Derby Day Show

“…you’re playing in a room with, you know, a bunch of people in the room that aren’t wearing masks. It’s no wonder that I got sick and so many other tour musicians get sick. Having to cancel shows, having to cancel tours. We need to look out for each other. Wear a mask.”

“Wear a Mask at Concerts, Please!”

“The HITmakers sounded tight and vengeful, and for good reason: Spencer caught Covid earlier on this tour and the group had to cancel four shows, with the last nixed date being April 21 in Boise. Hence, Madame Lou’s posted signs all over the room requesting that attendees wear masks. There was no way you could miss them. Infuriatingly, only half the crowd, at most, complied with this simple ask. What a lack of basic consideration…

The HITmakers are part of a continuum of fuck-or-fight, gut-bucket blues rock that Spencer’s been promulgating since the Blues Explosion started ripping shit in 1991. His modus operandi hasn’t budged an inch since then. He’s still optimizing excitement and placing a premium on energy and intensity…” – Dave Segal / Seattle Stranger

Interview / Show Preview for Jon Spencer & the HITmakers and Quasi at recordBar, Kansas City, MO (May 4, 2022)

With nearly 40 years behind him as a recording artist, veteran musician Jon Spencer continues to break new musical ground, as heard on his new album Spencer Gets It Lit.”