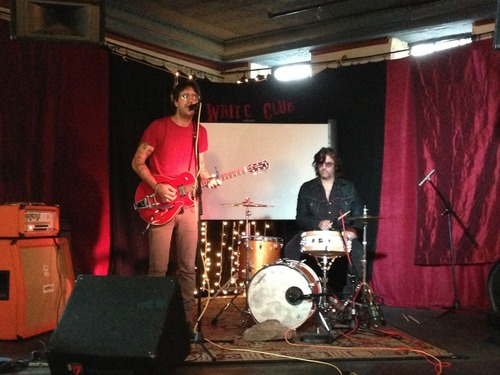 Joseph Arthur and Russell Simins appeared at AIMS Conference on 12 September 2013 and will be performing at Criminal Records, Atlanta, GA on 14 Septmeber 2013 as part of the Little Five Fest.

Check littlefivefestatlanta.com/ for the details of the venues and line-up.

The photo above is from the official AIMSCON2013 Tumblr page which also includes a picture of Russell with Mike Doughty.

This entry was posted in Joseph Arthur, Live, Russell Simins. Bookmark the permalink.