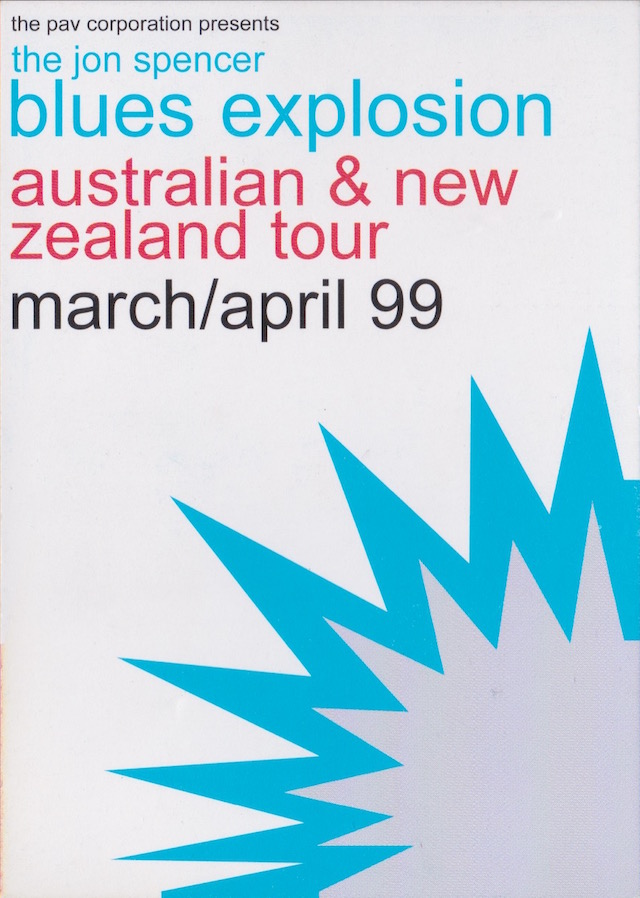 1997: The Jon Spencer Blues Explosion – Vouge, Indianapolis, IN, US

Freedom!
Freedom to wear white shoes any day of the year
Freedom to make any kind fashion faux pas that you want to
Freedom!

“For the 75 minutes they were on stage, Spencer would climb over the barricades, climb across anything he could and play in the audience. He would wave a giant American flag they had hung over their stage area, but with all of his antics, the trio’s tight and perfect blend of garage rock and blues had everyone in awe.” – http://www.officiallyayuppie.com/2015/03/live-review-jon-spencer-blues-explosion.html