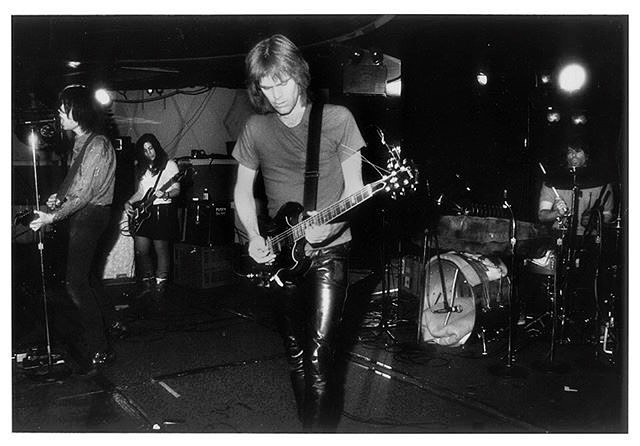 *The exact date of this show is unconfirmed. The New York Times article would make the date March 31, 1988 but The Gun Club show at this venue is recorded in many places as March 29, 1988 with Die Monster Die supporting and the band are documented in Canada on March 31, 1988.

Although Pussy Galore did play with The Gun Club in March 1988 it is not known exactly at which shows both bands performed.

“The group grooved with split-second agility from one odd, off balanced rhythmic pattern to another. The drummer, Bob Bert, with a gas tank strapped to his bass drum, a car spring on top of that and sheets of metal attached to his snare drum, slammed out industrial, stamp-press beats. In its rock extremism, Pussy Galore is trying to squeeze meaning out of rock, when much of rock’s original power has been drained away. It’s a tough job, but the group does it well.” – Peter Watrous, New York Times (4 April 1988)