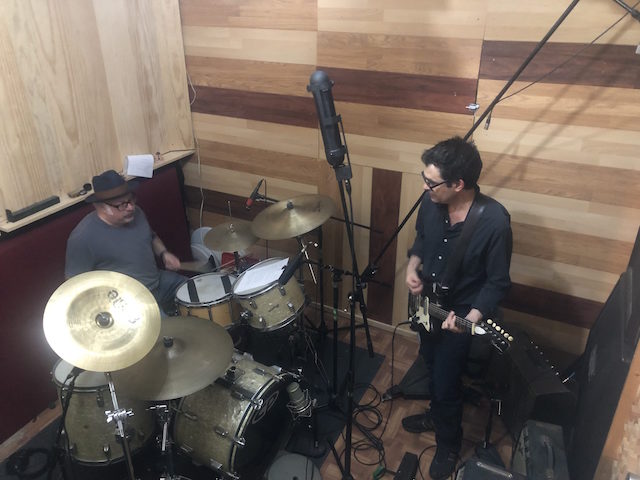 “Initially released in 2019 through Backbeat Books, the audiobook version doesn’t regurgitate word for word a homogeneous, monotonic narrative that bores one to tears. To write a book about Charlie Watts means you have to make an audiobook with the same swagger and finesse Watts has played with for five decades, and Edison knows this. To do this, Edison recruits engineer extraordinaire, Jesse Cannon, to co-produce and engineer the feat and enlists notable rock n’ roll journeymen Jon Spencer (Jon Spencer Blues Explosion), Mickey Finn (Boss Hog), and Pete Zaremba (The Fleshtones) to provide the soundtrack to Edison’s storytelling of the Rolling Stones icon. Edison shares his thoughts on the undertaking below.”

This entry was posted in Audio, Jon Spencer. Bookmark the permalink.