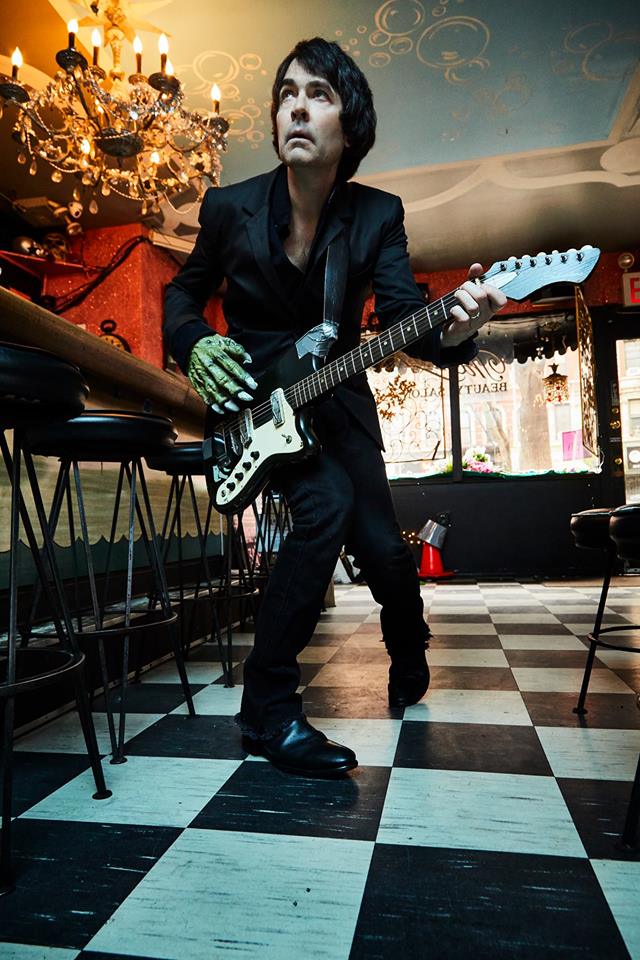 Short preview feature for the Jon Spencer show at The Woodward Theater, Cincinnati, OH, US (10 August 2018).

“The first third of brilliant writer/director Edgar Wright’s 2017 film Baby Driver is superb, thanks mostly to the tone-setting opening car chase scene soundtracked by The Jon Spencer Blues Explosion’s mid-’90s classic “Bellbottoms.” As an introduction to (or reminder of) Spencer’s full-throttle, re-urbanized Blues Rock detonations, the adrenaline-juicing coolness of that scene was perfection.

Spencer’s career is far from limited to the Blues Explosion, which produced some phenomenal music from the early ’90s (dig the crucial Extra Width and Orange if you never have) through 2015’s Freedom Tower – No Wave Dance Party 2015. His innovative explorations of the sleazier, seedier side of Noise and Garage Rock with his ’80s band Pussy Galore paved a yellow brick road for offshoots like Boss Hog (his group with wife Cristina Martinez) and Royal Trux, not to mention a legion of other groups formed by Pussy Galore devotees.

Spencer’s current tour is in advance of a new solo album, Spencer Sings the Hits!, which is due this fall on In the Red Records. Check out the video for the new album track “Do the Trash Can” below.

When Spencer comes to Cincinnati Friday he’ll be joined by a pair of great local acts that have certainly been touched in some way by Spencer’s vastly underappreciated influence — All Seeing Eyes and Stallone N’ Roses.”

This entry was posted in Jon Spencer, Live. Bookmark the permalink.