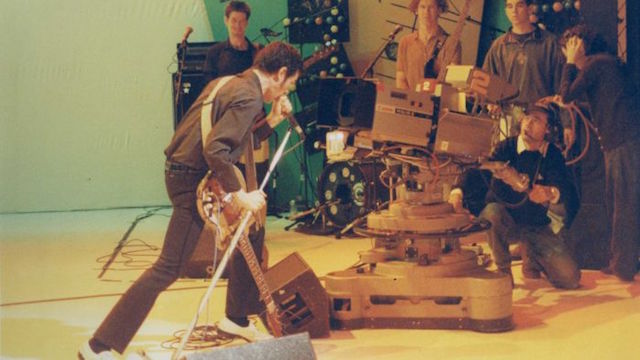 #4: “The blues is number one!” – Jon Spencer destroys the Recovery set

The much-missed tonic for Saturday morning hangovers, Recovery added an extra element of risk in that musical performances were genuinely live, rather than mimed. Like Countdown, though, it was recorded early in the morning – a challenging time slot for any band, let alone a high-energy act like the Jon Spencer Blues Explosion, who – in September 1997 – were themselves recovering from a show the night before, at the end of a long tour.

From the depths of exhaustion, Spencer went berserk: mics were thrown, props torn down, cameramen shoved aside, and host Dylan Lewis sat upon, before the singer waded into the audience as bandmates Judah Bauer and Russell Simins maintained maximum rock’n’roll behind him.

If excitement was the sole criteria, the JSBX’s performance would top this list, as Spencer channelled the spirit of Little Richard and the young Elvis.

This entry was posted in Jon Spencer Blues Explosion, news. Bookmark the permalink.