Behind the Music of Baby Driver, With Director Edgar Wright 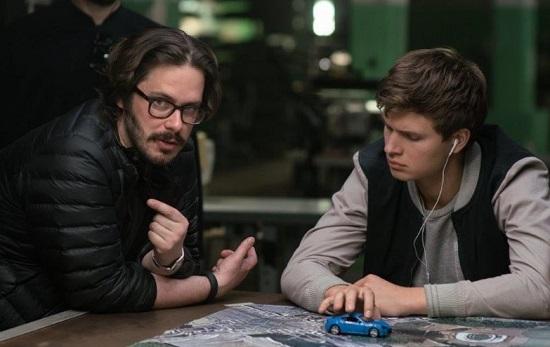 “In the opening scene of Baby Driver, Baby (Ansel Elgort) sits behind the wheel fiddling with his click-wheel iPod. He cues up Jon Spencer Blues Explosion’s “Bellbottoms” and lip syncs into an invisible microphone, making an otherwise private experience a performance. As three robbers jump in the getaway car, Spencer’s fiery track sets the tone for the first of many breakneck chases—much as the song itself planted the movie’s initial seed. When Baby Driver writer-director Edgar Wright first heard “Bellbottoms” sometime around 1995, he wasn’t a filmmaker yet, but visions of car chases danced in his head. “It was as close to synesthesia as I’ll probably ever come: ‘When I listen to this song, I think of a car chase—what is the movie that goes with this vision?’” says Wright…”