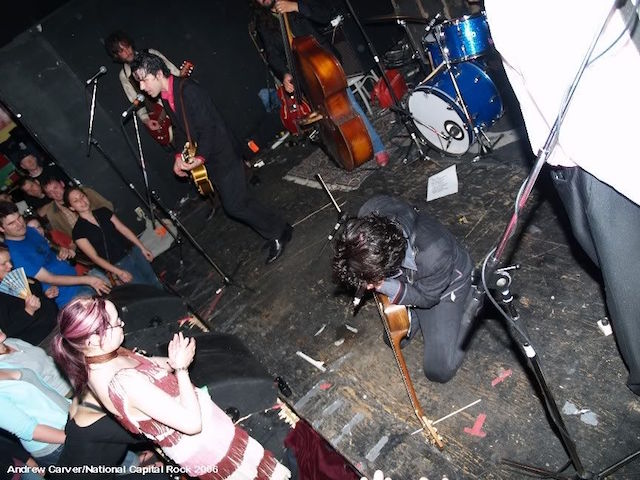 “Jon Spencer has been twisting music around since his days in Pussy Galore – he messed with blues rock in his Blues Explosion and now he’s doing the same thing in Heavy Trash with Speedball Baby guitarist Matt Verta-Ray. He could probably do a lot of the stuff he did on stage at Babylon Friday night with the Blues Explosion. A big part of his appeal are his moves and vocal mannerisms, none of which have changed since his main outfit played a show in the same place a while back, and like that show the crowd ate it up.” – Andrew Carver