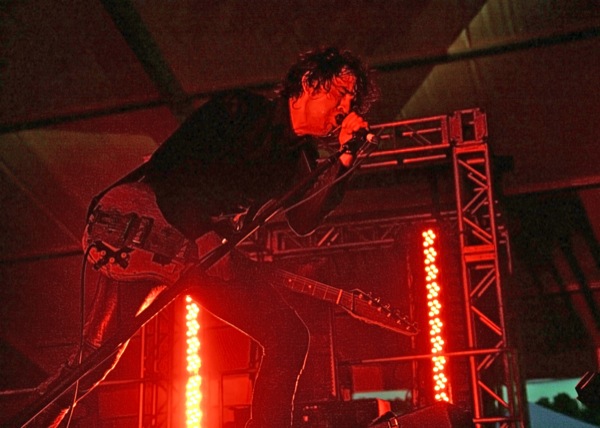 Numbered Edition — Silk-screened with three colors on heavyweight, 100% post-consumer waste recycled acid-free paper. Includes complete band lineup below the artwork. Hand-numbered in an edition of 500 each for Weekends One and Two. 18” x 24”

Signed & Numbered Edition — Silk-screened with five colors (blue, red, black, yellow and orange) on super-heavyweight, 100% cotton rag paper, acid-free and archival quality. This version does not include the band lineup. An edition of 100 hand-numbered and -signed by the artist.”