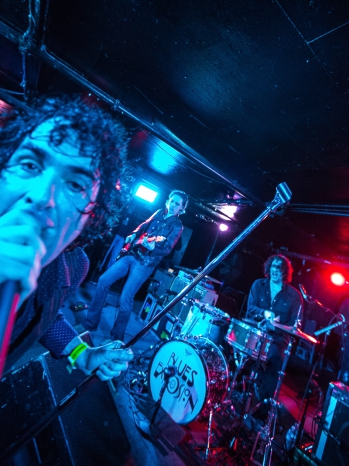 “There is no overstatement in that – it’s just that good – but Bauer modestly explains that the overall ‘return to basics’ feel was very much on his mind when it came to recording the album. “I don’t know if I can speak to the motivation that Jon and Russell had when it came to the sounds on Meat + Bone, but my plan was to do the record quick and do it cheap,” says Bauer with a laugh as he recalls the recording sessions which yielded the Blues Explosion’s first album in eight years.”

GroundControlMag.com have recently published a new interview with Judah Bauer along with a live review / photos from the Middle East, Cambridge, MA on 12 October 2012.