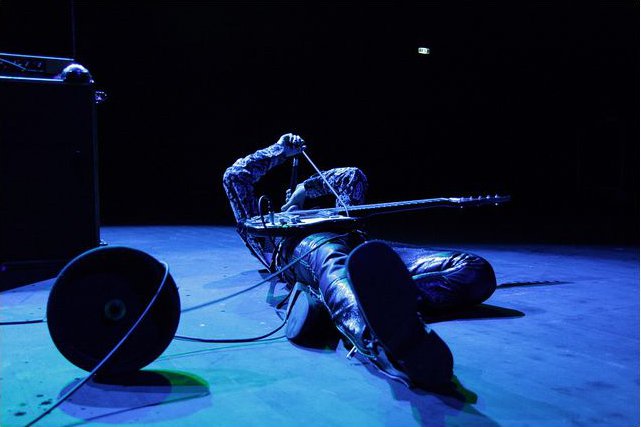 Check the official facebook.com page or TheJonSpencerBluesExplosion.com for details on all upcoming live shows.

See below for press quotes, show listings and full announcement.

OUT NOW THROUGH BOOMBOX/MOM + POP!

“…possibly the band’s best album to date. Do not snooze on Meat and Bone: it is out of this world and as addictive as Heisenberg’s Blue Sky meth.” Blurt

“… a long-awaited return to the wild side, with the Blues Explosion offering up all the mutated musical goodness as you can stomach.” Consequence Of Sound

“The dream scenario, when a band reappears after a lay-off, is that they zero in on what made them ace back when, and that they then smash people with it afresh. Meat + Bone, unequivocally, does exactly that.” E Music

“Their primal, post-modern blues riot continues to transcend the ebb and flow of musical trends around them . Jon Spencer and his 20-year old band get better with age.”**** MOJO

“This downtown institution has returned after an eight-year silence, and this kick-ass, three-chord rock ’n’ roll number goes a long way toward explaining why their new record is called “Meat and Bone.” Welcome back fellas, we’ve missed you.” New York Post

A potent continuation of the finest sonic stunt a horse has ever pulled. Original alt-blues preacherman Spencer is on ferocious form here”. **** NME

“..straight-up, no-bullshit rock’n’soul…. They’re reapplying for the job of America’s most raucous, hardest-working rock’n’roll band, and will let the sweat speak for itself. “ Pitchfork

“They’re able to whip up a frenzy in short order, and no gnarled note goes wasted. And, man, do they cook up a storm. Meat & Bone is proof positive that music needn’t be so reverent to its past…Influence is a tool, but JSBE use it like a tenderizer instead of a feather duster.” Prefix

October 11: The Asylum – Portland, ME