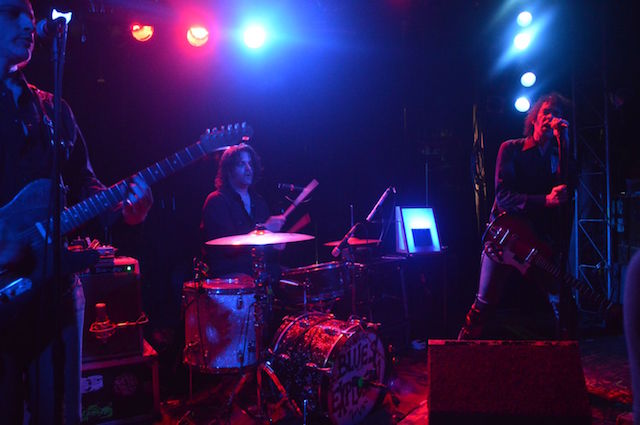 “The Jon Spencer Blues Explosion are, without any inkling of doubt, the most intense band I have ever seen live. Easily, bar none, they are The Intensity Champions of the Universe. Spencer is a wild man and natural showman; pouring out his demons on the stage like Jerry Lee, talking to the crowd in tone, vigor and passion befitting a Southern preacher at a fire and brimstone tent revival. He jumped around the stage like a man possessed, stopping just short of howling at the moon…”

“The Jon Spencer Blues Explosion is no one man show, not by a long shot. Guitarist Judah Bauer was cool, calm and collected. Rarely did he sing (except for the rap section on “Flavor” originally done by Beck) opting instead to let his battle scarred Telecaster do all the talking and man, did it scream.”

“Drummer Russell Simins beat his drum kit like a rented mule all night, foregoing flash for power. He was a man obsessed; playing every song like it would be his last night on the throne.” 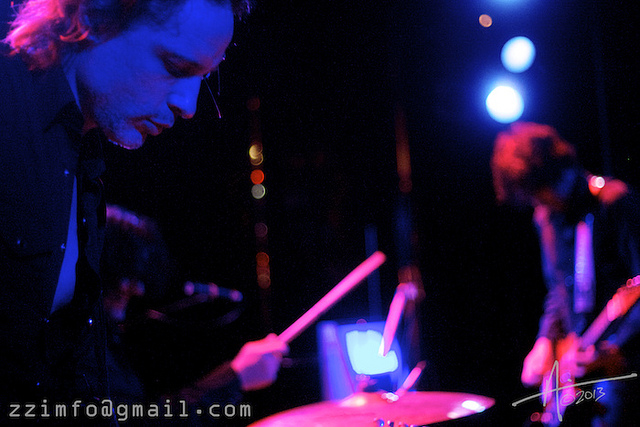