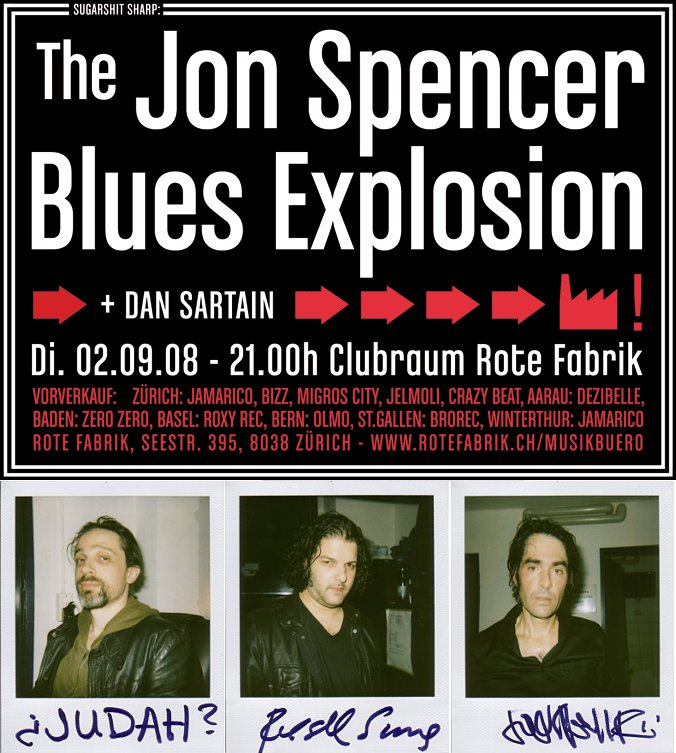 Poster and three signed polaroids from the Rote Fabrik website. 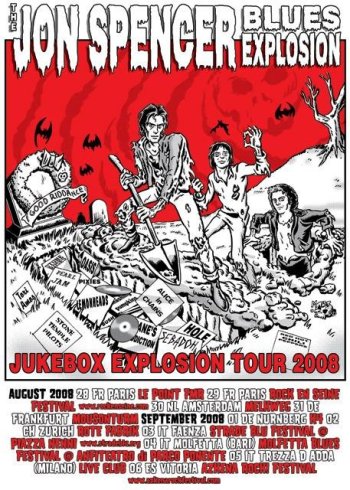 Poster for the The Jon Spencer Blues Explosion 2008 summer tour dates. This poster lists the 28 August show in Paris which was put on the bands official MySpace page but was later removed.

The second version gives the main band name as only Blues Explosion listing the full band name above the tour dates and also includes the In The Red Records logo on the right-hand side. This was included in a Mort Todd MySpace bulletin on 20th August 2008 where it stated “Look for this psychotic poster by Mort and buy the t-shirts with Mort art. Mort is not making any profit from the sales but digs the music and likes to see his art spread around the world!”. So, there is or will be a JSBX T-shirt featuring the same design. 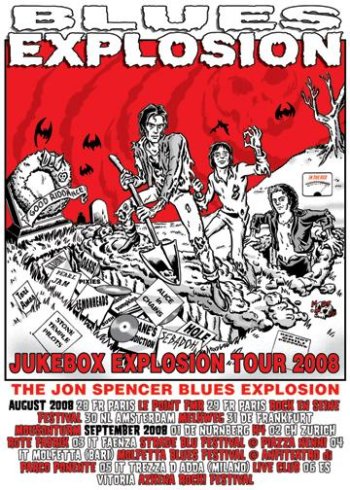