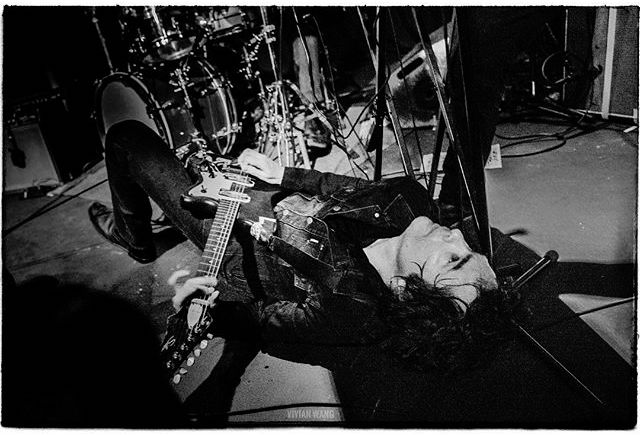 “Jon Spencer and the Hit Makers played a storming show at Rough Trade to celebrate his new album. He even dusted off some Pussy Galore chestnuts. This guy knows how to perform.” – JG Thirlwell (http://jgthirlwell.tumblr.com/)

“When you watch him perform, it’s hard to imagine Mr. Spencer is past the half-century mark — he’s rock-star lean with a thick shock of dark hair (the obsidian gleam is sweat — the man runs on all eight cylinders). Deep into a muscular set, he’s still all angular kinetics, head thrown back, climbing on top of the amps before leaping off, dropping to his knees to howl out some verses. I was reminded of Jack Kerouac’s classic line about the people who are like fireworks–burning and burning, a roman candle exploding like golden spiders across the stars.” – Vivian Wang (via blurredculture.com) 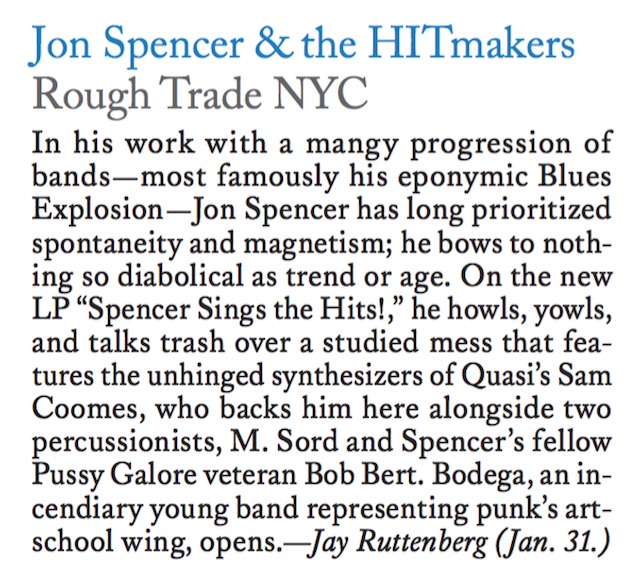 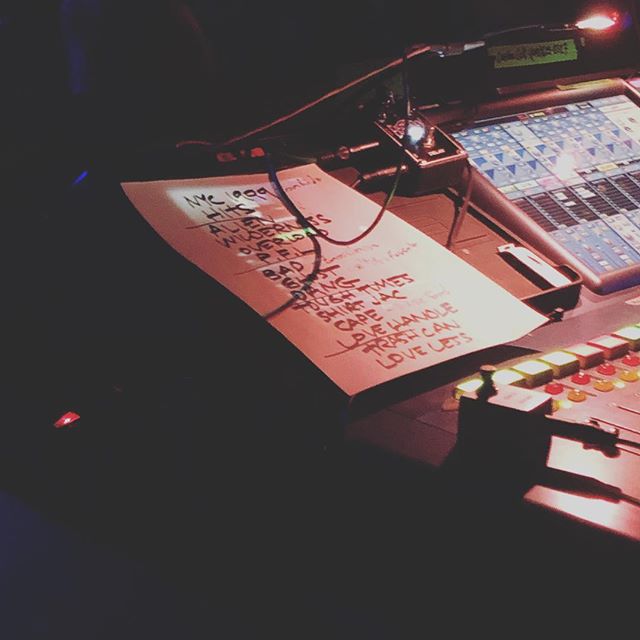 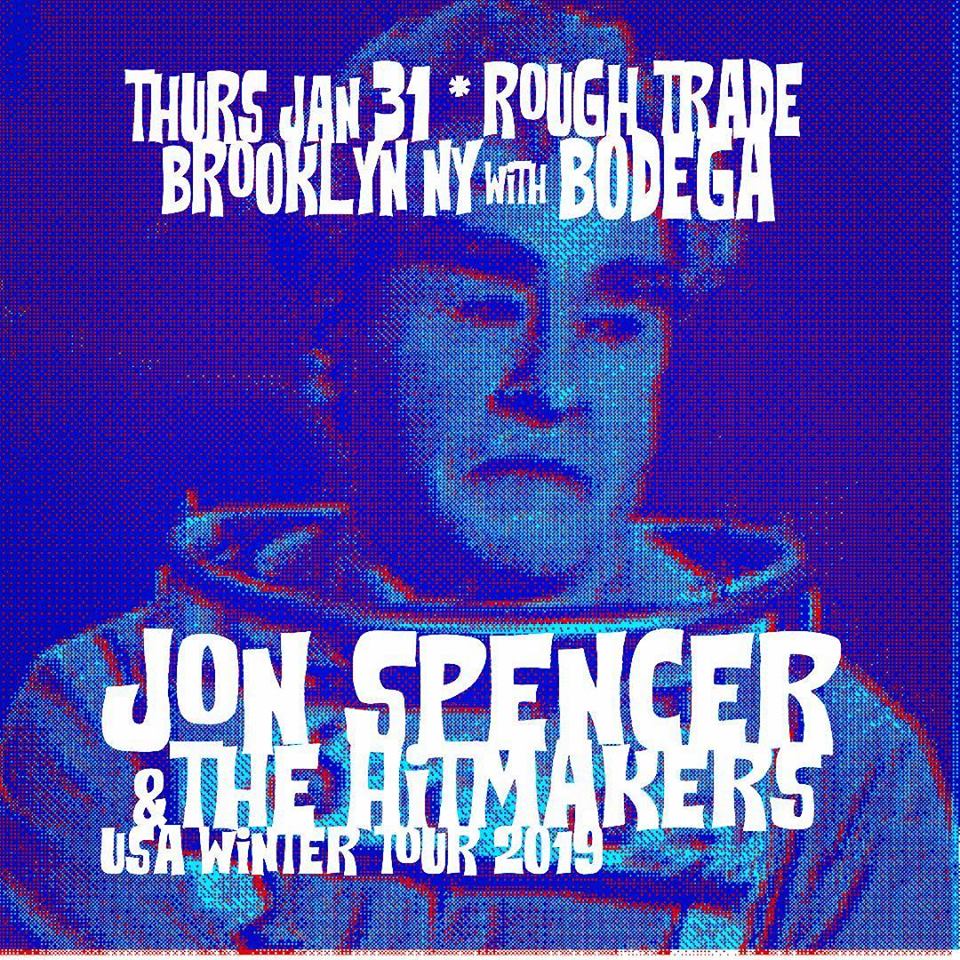 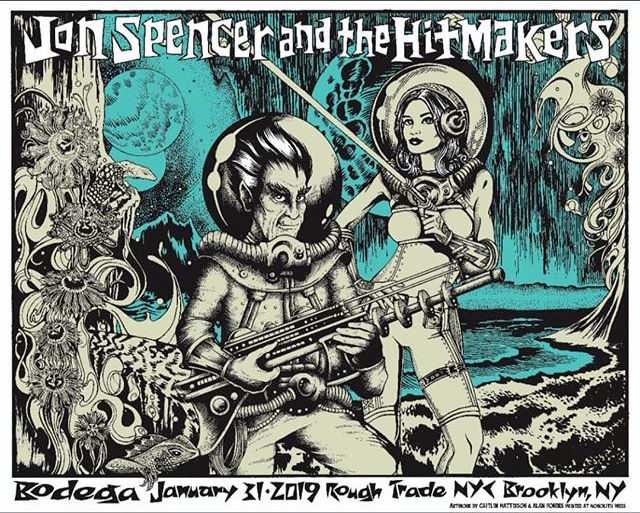 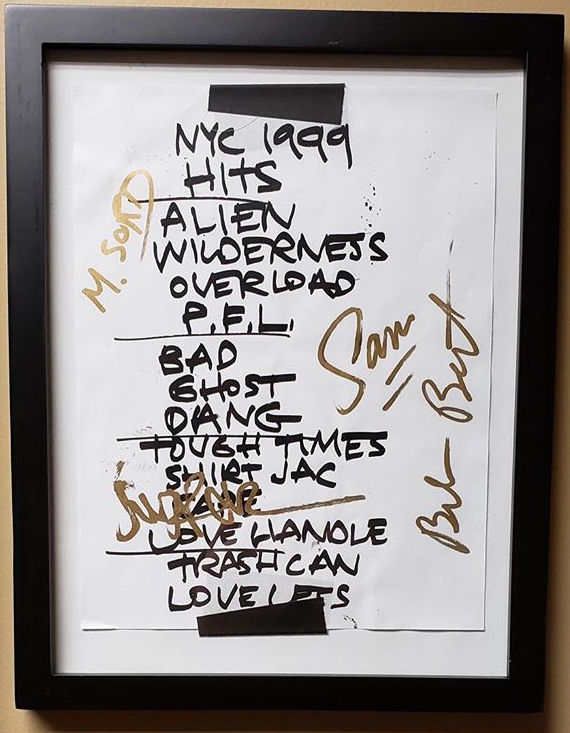