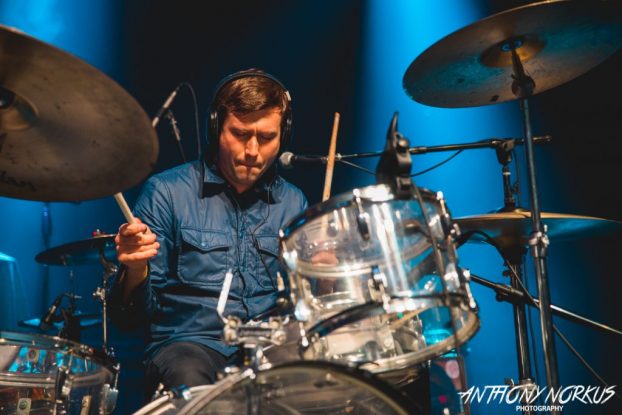 “A self-proclaimed “glorified street hustler,” Mike Gard (aka M. SORD) has been a staple on the Southwest Michigan scene for nearly 26 years.

This may be his biggest and baddest hustle yet.

Having linked up with Spencer on multiple recording projects (including JSBX and Boss Hog albums) while working alongside Bill Skibbe at Key Club Recording Company in Benton Harbor, Gard was tabbed by Spencer to play drums on his latest project.

“He was the handyman and assistant engineer that turned out to be a great drummer,” Spencer said of Gard in a recent Rolling Stone article.

Along with Quasi’s Sam Coomes on keys, the two recently put the finishing touches on “Spencer Sings the Hits!” which is set for an early fall release. The trio is being joined by former Sonic Youth drummer Bob Bert on percussion for their 14-date, no-night-off tour which kicked off Sunday in Minneapolis and will make a second Michigan stop at the El Club in Detroit Friday.”

LocalSpins.com have just published an article on The HITmaker M. Sord / preview feature for the Jon Spencer show at The Pyramid Scheme, Grand Rapids, MI, US (2 August 2018)

This entry was posted in Jon Spencer, Live, Press. Bookmark the permalink.