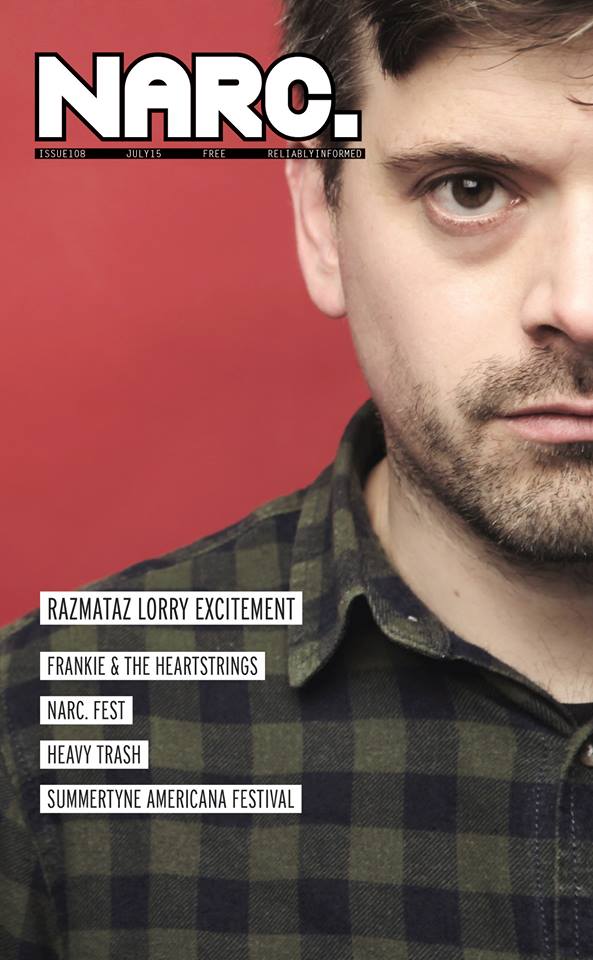 The new issued of Narc (#108) features an interview with Matt Verta-Ray. The magazine is available free from outlets across of the North East.

“NARC. #108 out now!
The July issue of NARC. is out from today, available from over 200 outlets across the North East.

The Culture pages offer up a plethora of arty wonders. We get to grips with the first ever Sunderland Shorts Film Festival and find out what’s on at Barnard Castle Comedy Festival; documentary collective Amber get a retrospective at Laing Art Gallery and theatre-maker Daniel Bye chats to us about his new projects at Northern Stage. There’s also art exhibitions, theatre performances, comedy shows and film screenings galore!

Music-wise, it’s another busy month: Linsey Teggert discovers Apologies’ fluid approach to songwriting on their debut EP; with a rare Newcastle show imminent, Lee Fisher spoke to Heavy Trash’s Matt Verta-Ray about vinyl and artifice; Frankie & The Heartstrings’ Dave Harper and Michael McKnight talk about learning to accept your own mistakes with Eugenie Johnson; Linsey Teggert finds a refreshingly honest pop band in Newcastle quartet Canyons; By Toutatis’ Daniel Cochrane talks to Eugenie Johnson about the challenges of writing and recording with his Teesside-based band while living in Saudi Arabia; Julian Lee talks to new wave rockers The Monochrome Set about prolific songwriting and the pressures of touring after 40 years together; Newcastle quartet Mechanical Mouse Organ chat with Claire Dupree about capturing their live sound on their debut album; Adam Keys talks to New Jersey native PJ Bond ahead of his show in the region; and electro-pop band BITW talk to Eugenie Johnson about their debut EP.

This entry was posted in Heavy Trash, Matt Verta-Ray, news. Bookmark the permalink.