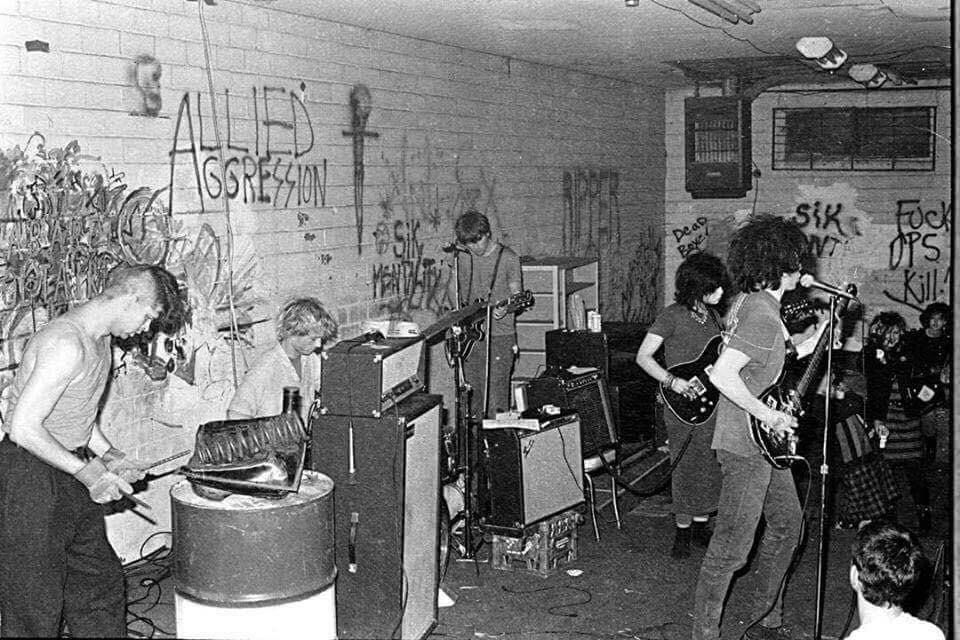 “This was the penultimate gig of the Peach of Immortality / PG Fuck Sky Bear tour. I took acid in New Orleans three shows earlier, stayed up most of the night, caught a cold, and was pretty wiped out when we hit Texas. (I was the only member of the road company pulling double duty – as soon as Pussy Galore would finish, Peach would clamber on stage and ramp up the static. You can hear Julie berating me for being out of it on one of the live cuts from the Corpse Love compilation.)” – Tom Smith 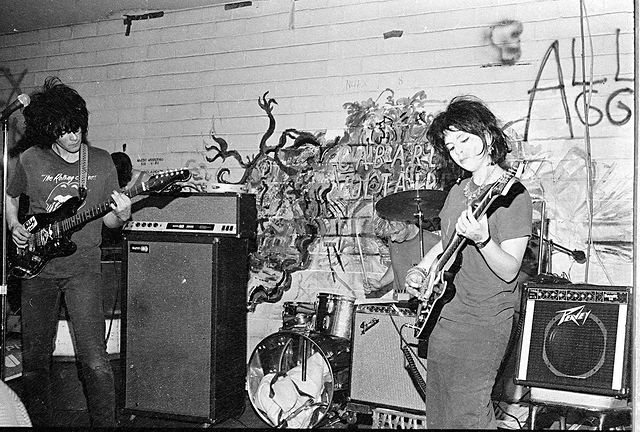 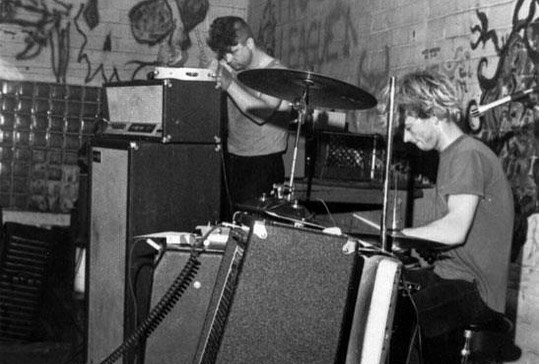 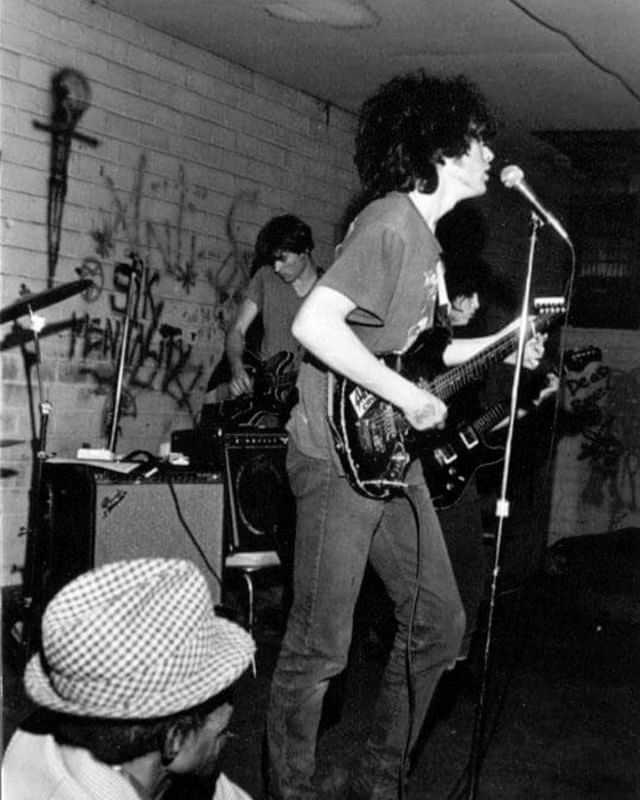 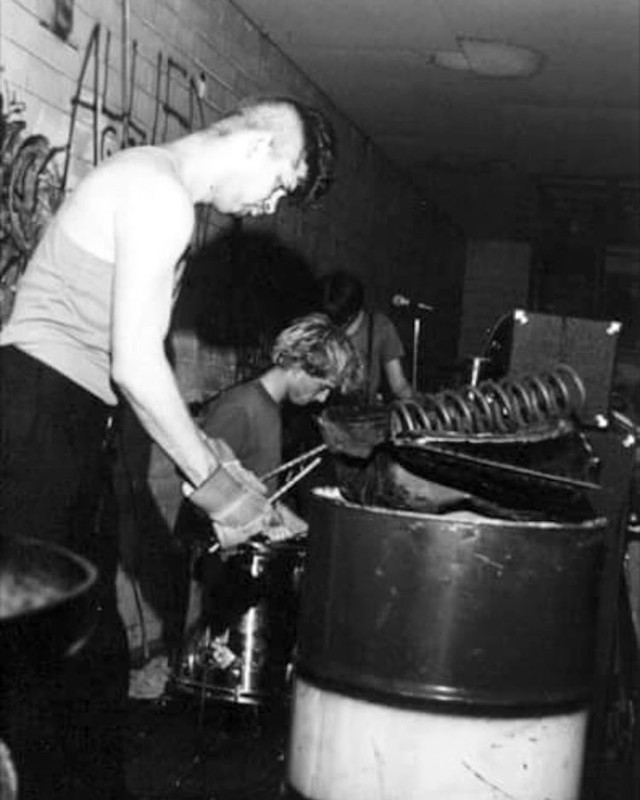 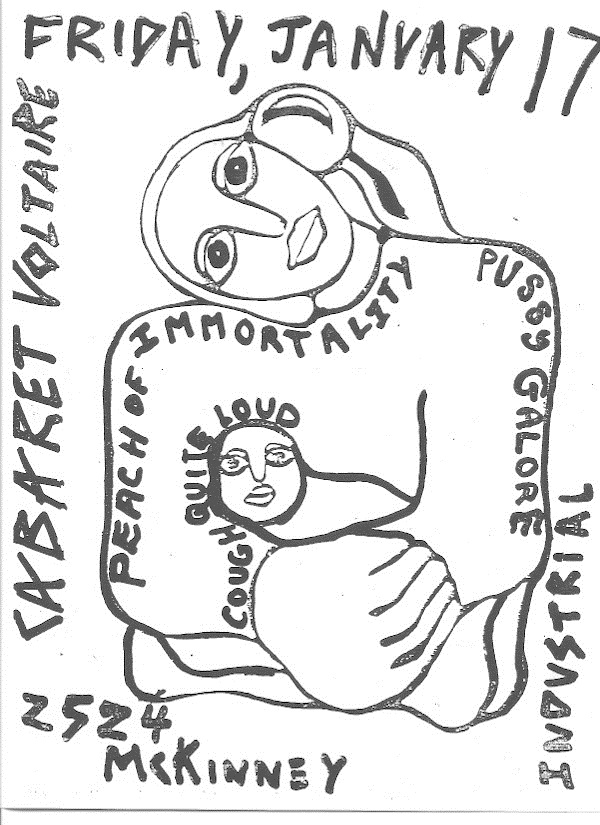 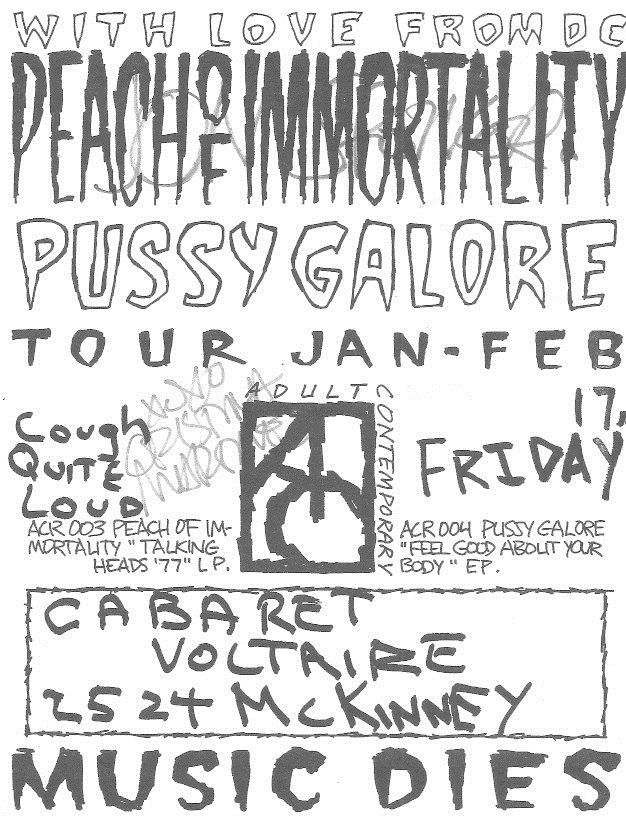