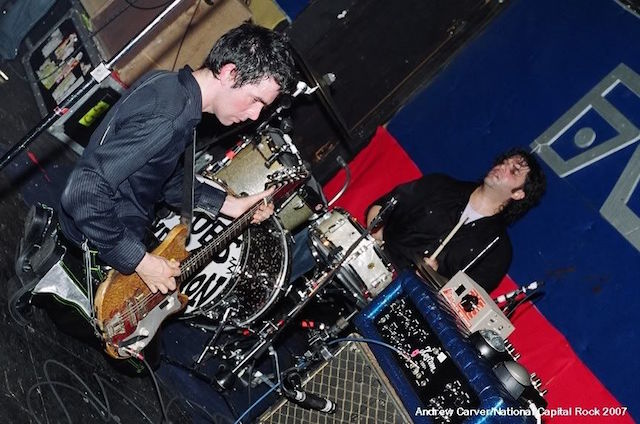 “The packed club was nice and sweaty by the time Spencer (wearing an alarmingly hot pair of PVC pants), drummer Russell Simmons and second guitarist Judah Bauer took the stage. Burdened with a guitar and vocal duties as he is (and he practically swallowed the microphone at times), Spencer is deprived of the acrobatic opportunities of someone who only has to hold a microphone, but he made up for it with some knee drops and the occasional leap while howling his way through a long set of deconstructed, if not totally destroyed blues.

The audience was enraptured and moved along in time to the music as well as they could; you could feel the floor heave.

The set culminated in some cacophonous manipulation of a pseudo-Theremin that had everyone in the club brave enough not to bring plugs sticking their fingers in their ears.

After listing a long litany of his travels, Spencer then declared “But I’ve never seen anything as craaaaazy as O-ta-waaah!” – but he probably says that in every town.” – Andrew Carver