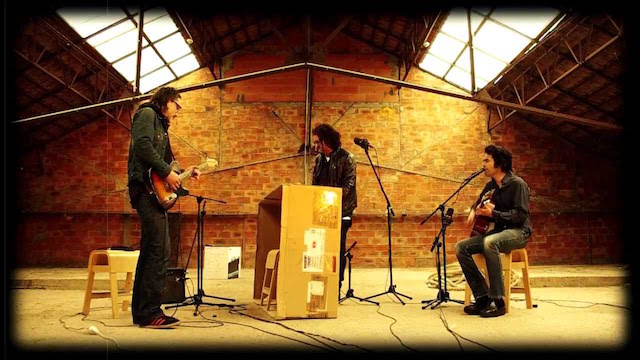 Never thought my request can be accepted… but it was. I met Jon at the venue,show him the place, the acoustic guitar i brought for him and he says it was ok. He came back with russell to find something to make rhythm with. We found a big box and russell took a raquette to play on it. They came back 10 minutes later, with Judah. And they started to play together… I thought they will stop after two tracks, but they played about 30 minutes, and jamming sometimes. A great moment, with simplicity, smiling at each other, not a ‘promo’ thing. They play together because they love rock’n’roll.

At the end of the recording, Jon told me to do a quick mix to hear the result. He came back after the soundcheck, and gave me some requests on the mix (« more mono, man! »). – http://www.fdsessions.com/