The Only S-E-R-V-I-C-E Update That Matters! 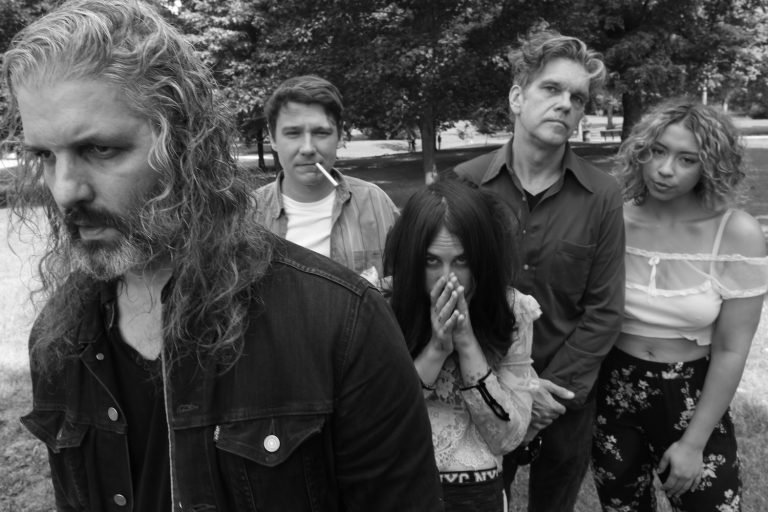 Magnet Magazine have just posted a news feature on S-E-R-V-I-C-E which includes streamable audio of band new track “Hey” and states that the debut album is titled “Drag Me” and is due out in 2019.

“Every longtime MAGNET reader should recognize the big, bearded fella in the above photo. Why, yes, on the drums, it’s Mr. Russell Simins, ladies and gentlemen. While on tour with main gig the Jon Spencer Blues Explosion five years ago, Simins met We Are Hex frontwoman Jilly Weiss. They started hanging out, wrote some songs, fell in love, got married and formed a band: S-E-R-V-I-C-E. With multi-instrumentalist Sharlene Birdsong, guitarist Mitch Geisinger and bassist Johnny Zeps, the duo recorded a rockin’ ‘n’ wailin’ debut album called Drag Me, which is out early next year. But you don’t have to wait until then to get serviced by Russell, Jilly and Co. Today we’re bringing you first single “Hey,” a caterwauling assault of a post-punk song that will help you end your bummer summer on a high note. We’re proud to premiere “Hey” right here, right now on magnetmagazine.com. Check it out.” – magnetmagazine.com/

This entry was posted in Russell Simins, S-E-R-V-I-C-E. Bookmark the permalink.