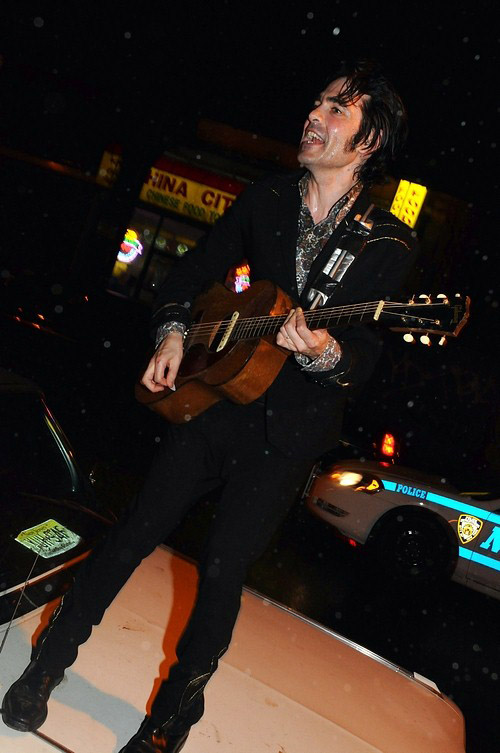 Heavy Trash show at the grand opening of Beauty Bar, Brooklyn, New York, US on 28 May 2009.

“Jon Spencer ended up out front, perched on the hood of a finned Cadillac plucking his acoustic Gibson, yell-singing about something. It was tough to tell what exactly–he was unmiked–and it was heavily drizzling.”

“The Beauty Bar owner took me aside before we went on and said, Jon Spencer! Whatever you do. We’re new in the neighborhood. DOOOONNNN’TTT take everybody out in the street. To stomp and scream! To which, Jon Spencer immediately led everyone out to the street to stomp and scream. Perfectly in synch, a cop car immediately rolled by, slowed, and stared. And then kept going.” – Camille Dodero (www.villagevoice.com) 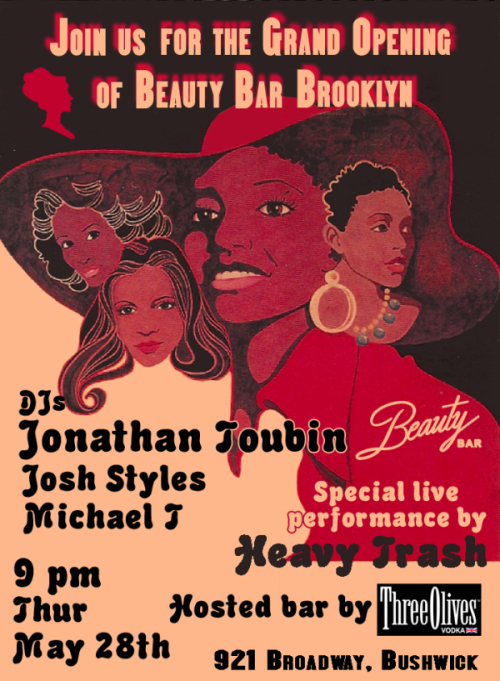