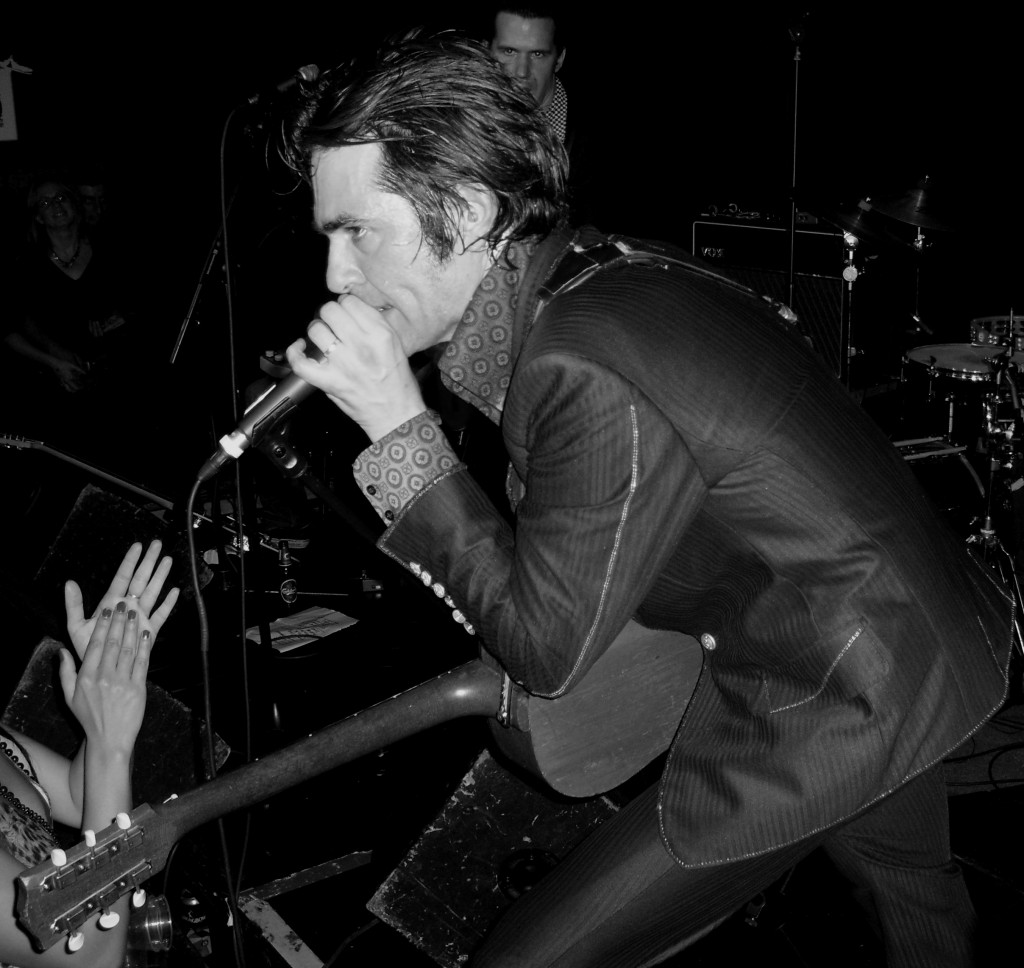 Heavy Trash show at Camden Dingwalls, London, UK with Powersolo (both supporting and performing as part of Heavy Trash) on 23 September 2008.

Tits of Death DJ’d between the bands.

Rear of postcard is for Bob Log III at the 100 Club.

Poster was available as a limited edition giclée print (500 copies), signed by the artist from scarlettrickard.co.uk in sizes A3 (£30) and A2 (£50). Scarlett Rickard also designed posters for Heavy Trash at the 100 Club, 24th January. and Boss Hog at the Luminaire, 8th December. 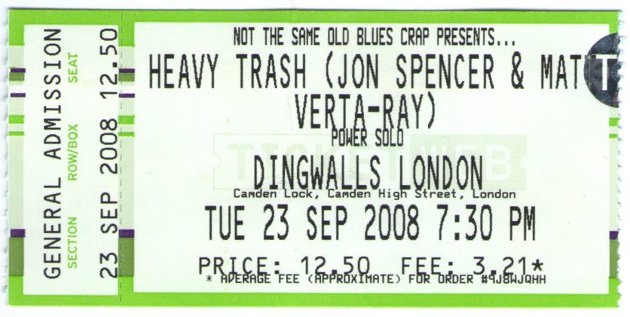 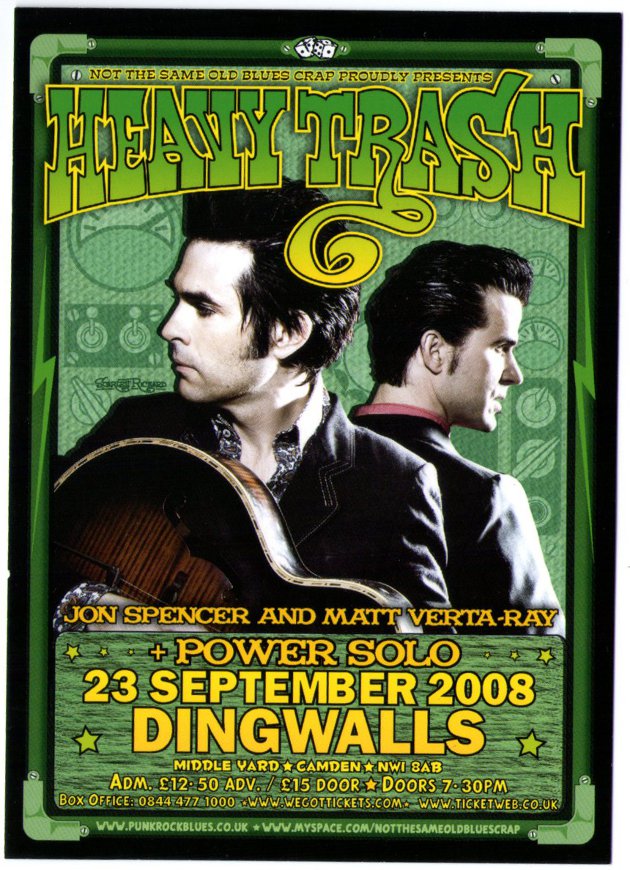 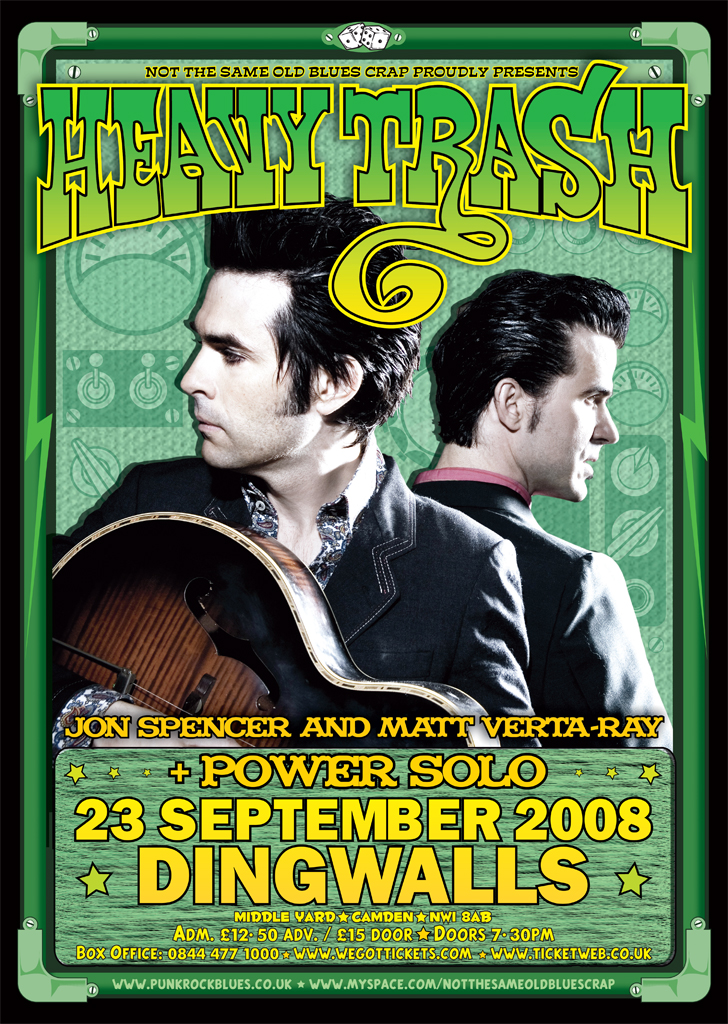 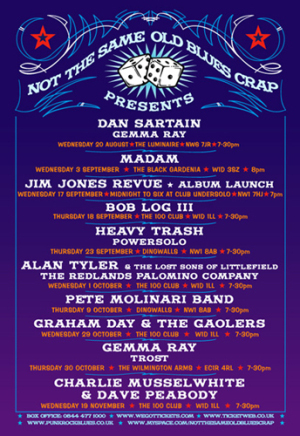