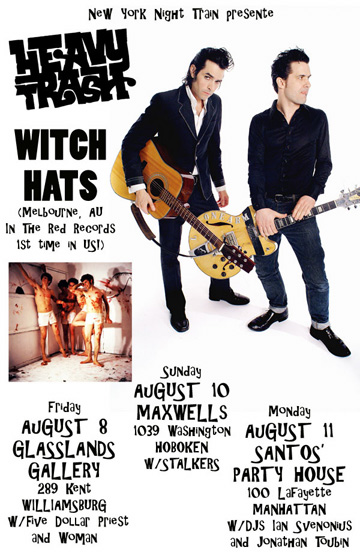 Jon Spencer and Matt Verta-Ray both appeared on the Five Dollar Priest album and Ian Svenonius also featured on the Selector Dub Narcotic compilation album (in the Make-Up).

This poster was sent out by the band as a MySpace bulletin and the line-up features “the NYC Heavy Trash crew” Phil Hernandez and Simon Chardiet.