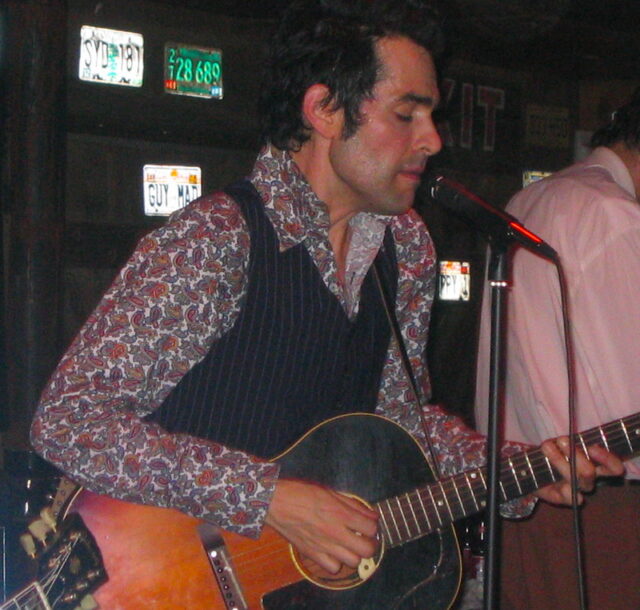 Heavy Trash (with The Sadies) show at Pappy & Harriet’s Pioneertown Palace, Pioneertown, CA, US on 22 October 2005.

“CMG: What’s the most memorable show you’ve ever played?

SD: Oh, I’ve played a bunch. I really have a good time with Heavy Trash [Jon Spencer’s group with Matt Verta-Ray]. We played this one show in Pioneertown, near Joshua Tree in California, just outside of Los Angeles. It’s basically a film set that was made to make Gene Autry films. It was in the middle of a desert, Graham Parsons used to just drink there all the time at this bar. It was a great night for the band; it felt like we were inside a rock ‘n roll fairy tale or something [laughs].” – cokemachineglow.com