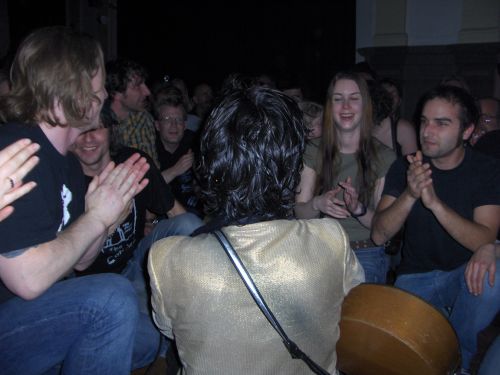 Heavy Trash show at Paradiso, Amsterdam, Netherlands with Dan Sartain on 29 May 2006.

“It was a rockabilly revival of religious proportions as the hip-swiveling prophet of HEAVY TRASH, JON SPENCER, testified his way to sweet salvation for the Dutch crowd. Few performers warrant comparisons to men of the cloth, but after witnessing Spencer in action, you’d be hard pressed to find a better descriptor for the way he works a room. At times coy and pleading, yet dominant and demanding, Spencer strutted across the stage and made true believers out of the audience with his scuzzy, souped-up rock ‘n’ soul sound.

…Verta-Ray’s injection of a bit of punk raucousness into his twangy licks and Spencer’s non-verbal pops and squeaks and growls amplified by his deep throat microphone skills somehow made the familiar sound fresh.

…Spencer ruled the packed room, leading the band through tight transitions between sections and songs.

Once on the floor amidst the crowd, Spencer was hoisted onto the shoulders of a large, tattooed man and paraded around the room. After dismounting his indelibly-inked ride, Spencer continued with his bravura performance, entreating us to crouch real low to the ground as he crooned his heart out. Then, the band finally returned to the stage, took a few brief, sweaty bows, and exited the theatre leaving behind some very satisfied fans.” – Kristen Sollee 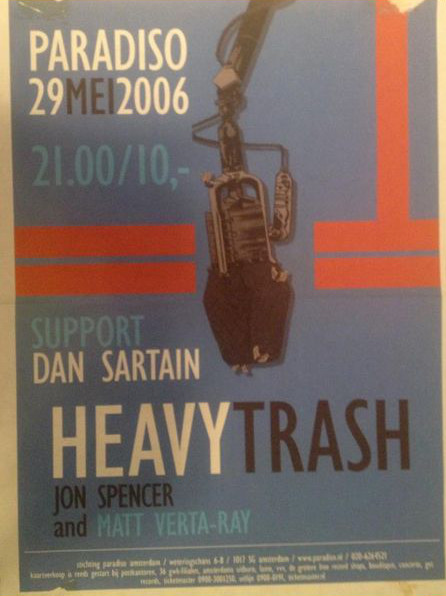