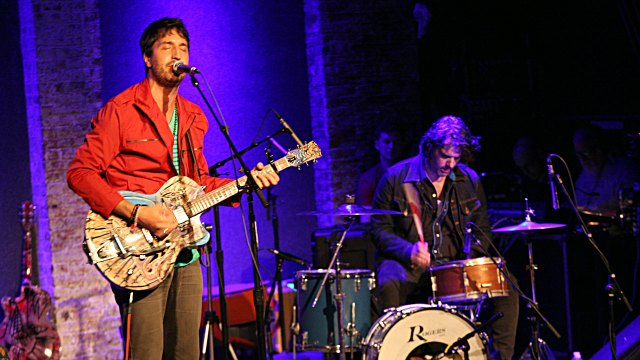 “It seemed right that Joseph Arthur would perform his songs live for us under a Blue Moon. Artists like him are just as rare. A long time FUV fave, Joseph Arthur is an artist in the truest sense of the word. A prolific painter, poet, and songwriter, he’s released ten albums and eleven EPs over the past two decades, not including his two recent collaborative efforts with bands Fistful of Mercy (with Ben Harper and Dhani Harrison) and RNDM (with Pearl Jam’s Jeff Ament). He simultaneously cranks out paintings, in the past literally creating visual art during live shows.

To say Joseph works at a dizzying pace is an understatement, so it was a surprise to learn that all the while, he has been working on a concept album titled The Ballad of Boogie Christ, which finally came to fruition this year. In a fiery performance of these new songs (plus some old favorites) and a hilarious interview, we were treated to an evening at City Winery that reminded us of why Joseph Arthur is such a rare and beloved artist.” – Carmel Holt / wfuv.org