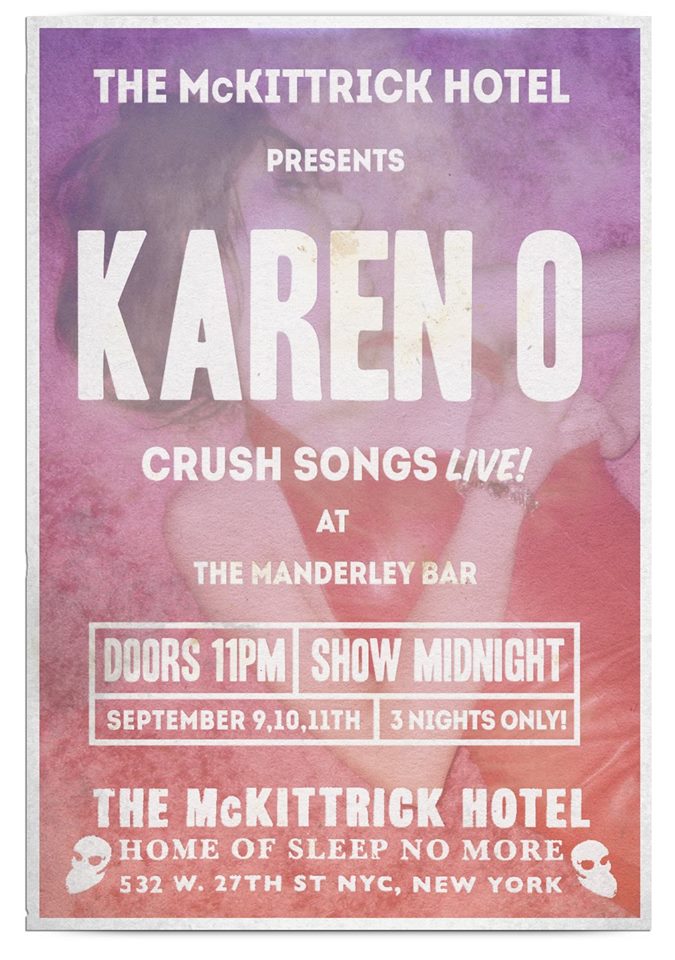 Russell Simins played tambourine for the song Days Go By.

“Karen was accompanied by an all star band comprising of LA’s Moses Sumney (who also performed his own song) and NYC’s Holly Miranda. Her Yeah Yeah Yeahs bandmate Nick Zinner played on a few of the songs too. Russell Simins (of Blues Explosion), who drummed for Karen and Nick at MoMA, was there on the side playing tambourine for a song. The lo-fi Crush songs sounded great filled out with the additional instruments.” – brooklynvegan.com

“There were times when the gentle songs on record almost became full-on rockers, as when Zinner rejoined for “Day Go By” (as did a tambourine played by someone Karen introduced as Russell Simmons, whom I couldn’t see but I can’t imagine was that Russell Simmons).” – http://consequenceofsound.net 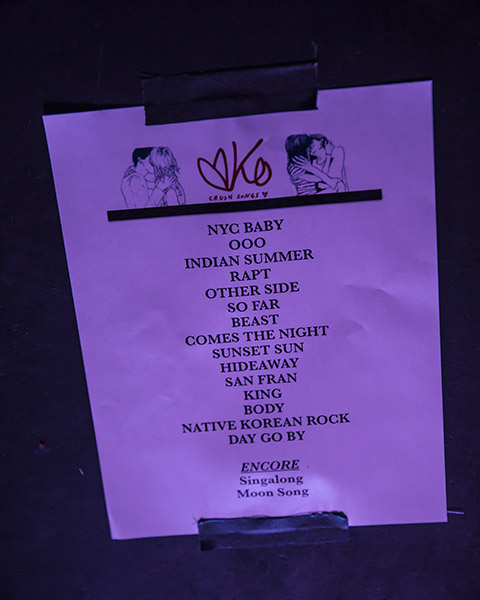