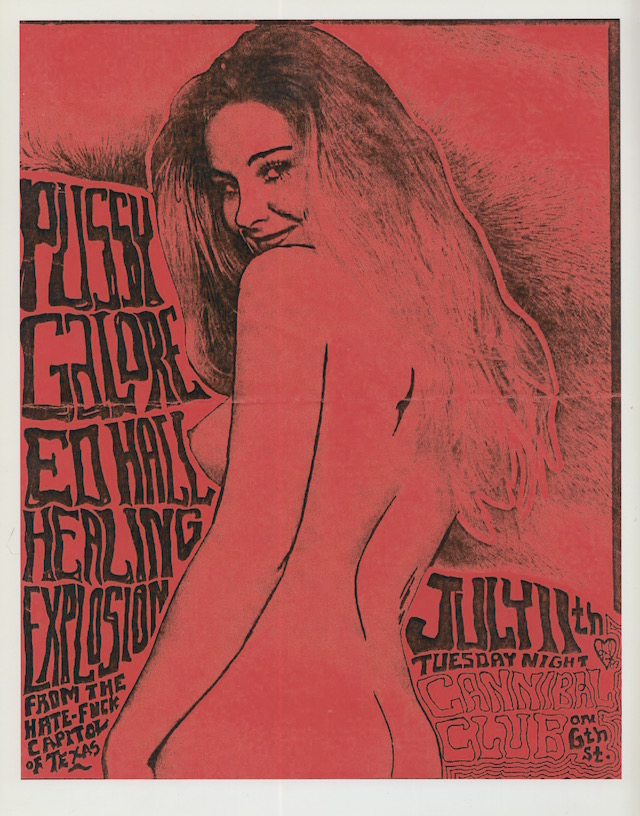 nb. The two posters on white card-stock paper with red ink and blue ink appear to be original printings. In 1989 and before, nearly all Kozik posters were distributed to promote the show, usually taped or glued up, so he rarely signed them. It is unlikely that any re-prints were made.

Collectors would bring earlier posters to Frank for signatures years later. Frank would sign them and date the signature which would explain why the red and blue posters have the ’91 date.

No black ink posters were made to promote the show. It is possible that the one shown here is either a pirate printing or a test printing.

Thanks to Sam Schott (TheSamSchott.com) for the corrections and additional information. 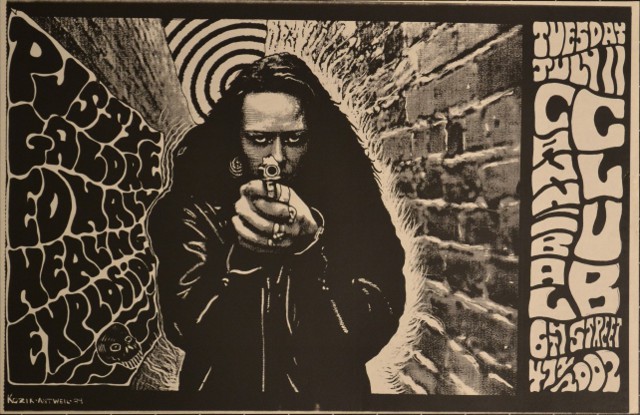 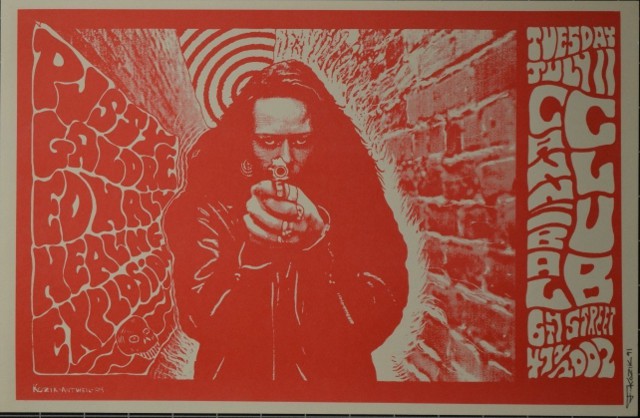 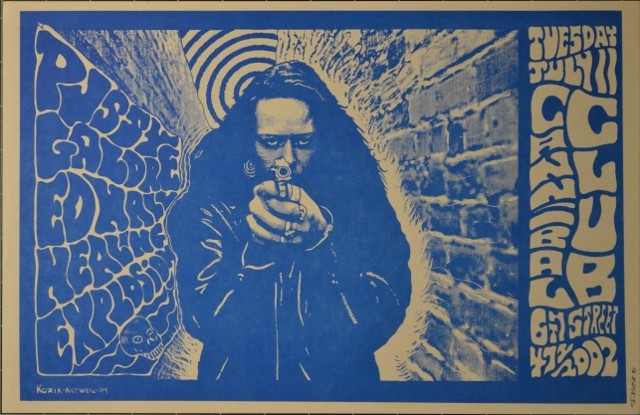 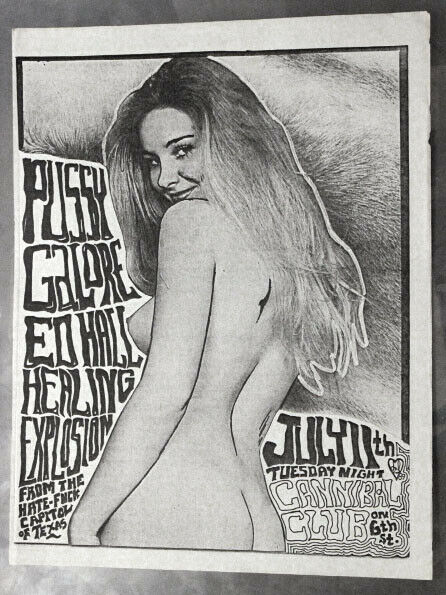