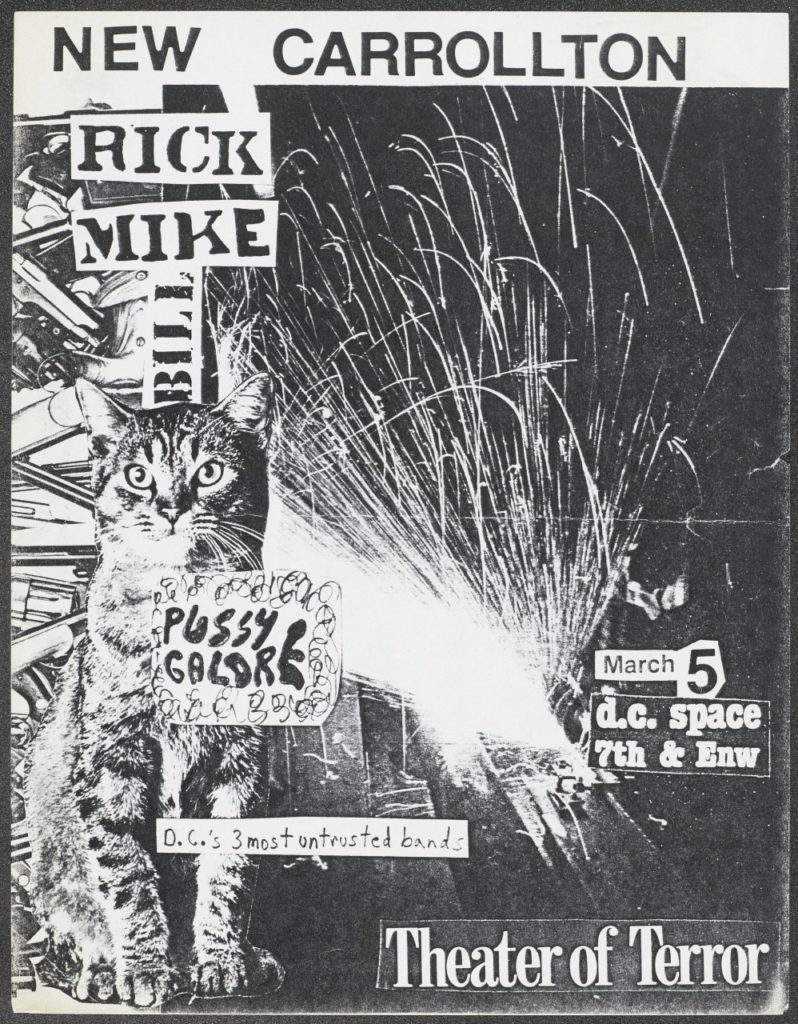 “I guess maybe the first two bands drove every body away because there weren’t many people left to hear the last band, Pussy Galore, which was unfortunate because they played a good set. Primitive rhythms, basic, repetitive guitar and bass playing and pounding in sheet metal aren’t really anything new but somehow Pussy Galore manages to get a pretty unique sound out of it all; I’ve never seen them do a set that was boring. It sure would be interesting to see one of their lyric sheets. What is that song about Ian MacKaye? and are they saying “You Look Like A Jew” in another one? Hmmm….. – Elizabeth? (WDC Period Vol. 1, No. 14) 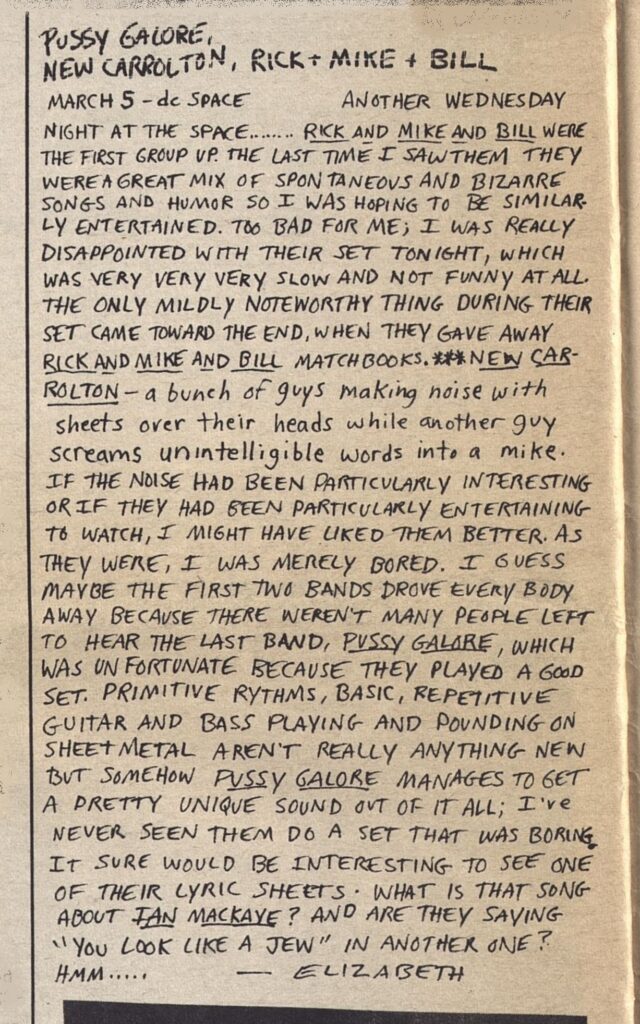