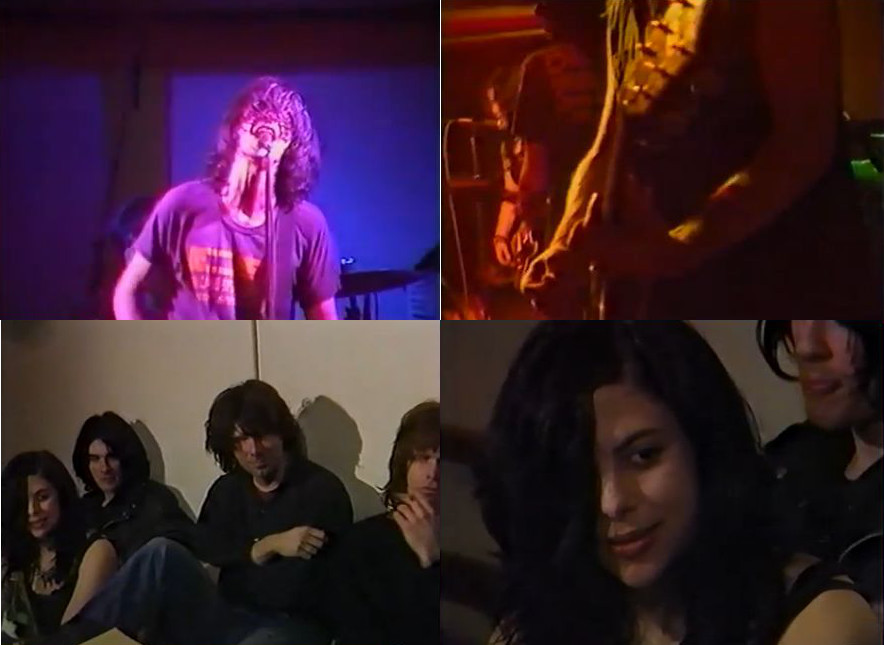 Slo Pig performance and interview broadcast as part of an episode of SNUB TV.

“The first series of Snub, 1988, was made in London (at Southern Studios) and was sold to the USA cable network and ran for 14 episodes.

Pussey Galore were shot at the LSE for the US series, we had a budget then of about 400 quid per ep, which just about covered the cost of a U-matic shooting kit, editing it all then sending to America, yes it was cheap.

The guy doing the interview was a lovely French bloke called Pierre who worked the the warehouse at Southern and was the only one brave enough to do the interview, I think he now works as a set designer on Michel Gondry movies in Paris.” – Pinko Fowler / facebook.com (10 February 2021) 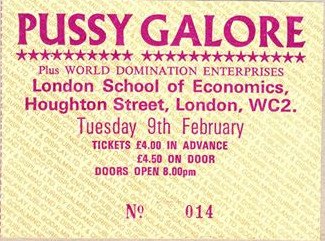 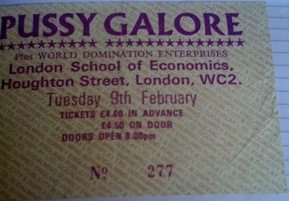