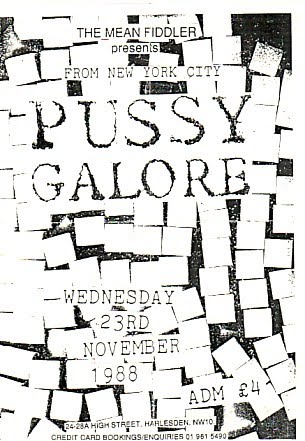 This was reviewed in the NME by Dele Fadele, the Observer by John Peel, Sounds by Paul Splotch and the Melody Maker by Everett True.

“With an extra guitar, Pussy Galore are now 24 rusty cheesewire strings slicing up the kind of scrawny multi-story garage riffs that would have scared even Bryon Gregory’s Cramps.” – Paul Splatch / Sounds

Alright
When I Get Off