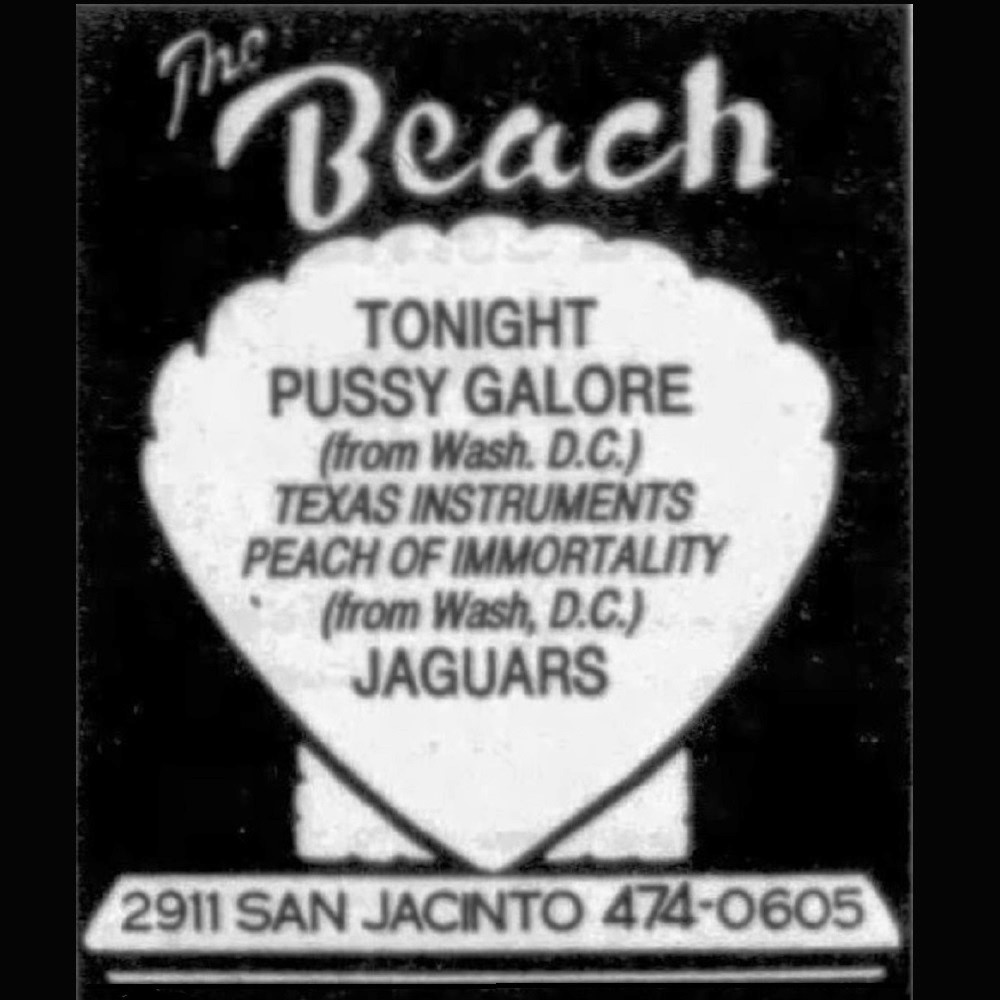 Pussy Galore show at The Beach, Austin, TX, US with Texas Instruments, Peach of Immortality and Jaguars on 19 January 1986.

“During the Peach Of Immortality days, you ended up sharing a DC space with Pussy Galore and briefly became a member in the band. How did that transpire?

TS: I found some cassettes in a trash can at an apartment. One was Pussy Galore, which sounded like Jesus And Mary Chain meets Test Department. Amazing. Good sleeve. Jon Spencer wrote everything in this horror font. He was a good illustrator. There was a number on the tape, I called, and they invited me over to their space. They needed a drummer, which I wasn’t but I could count to four. I went to visit them at their massive house in Georgetown. I went down the stairs into the basement, and there was Jon and Julia Cafritz. That’s how I got in Pussy Galore. I contributed a few ideas, but Jon pretty much wrote everything. And then we toured with both Pussy Galore and Peach Of Immortality, which was bizarre. After the tour I got kicked out of Pussy Galore because Jon and Julia thought I was trying to be their own Malcolm McLaren. Which was probably true to an extent.” – Tom Smith interview from thequietus.com