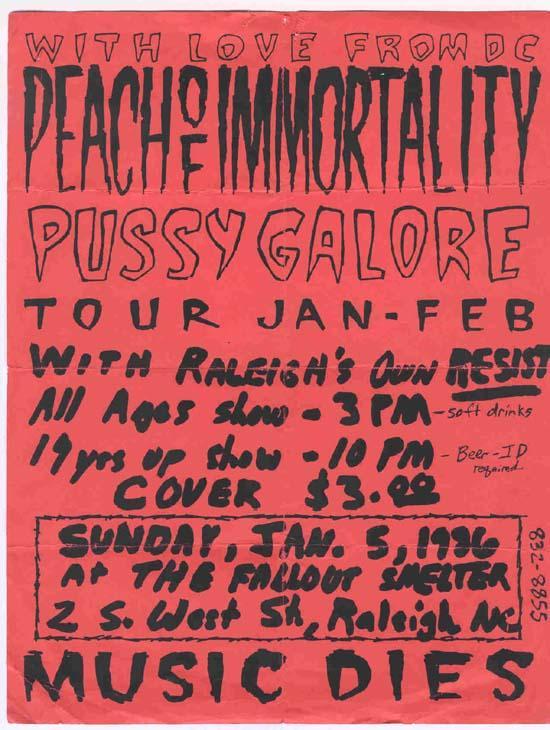 Early and late Pussy Galore sets at The Fallout Shelter, Raleigh, NC, US with Peach of Immortality and Resist on 5 January 1986.

“I loved being in Pussy Galore – Jon was so driven, so rigorously focused, and his aesthetic was blithely obliterative. Brilliant. I found their demo cassette in the trash bin of the office of a Washington, DC promoter – the band name and song titles (the four tracks that would eventually be released as Feel Good About Your Body) fairly exploded off the j-card. I pocketed it, rushed home to play it, and rang Julie’s home immediately after hearing the first minute of “HC Rebellion.” I invited PG to share Peach of Immortality’s rehearsal space, and they accepted our offer. Jon asked me to assist the group, and I leapt at the chance. From October 1985 until January 1986 I played metal percussion with them – usually a combination of rusted Toyota petrol tank, suspension springs, the odd road sign, and iron rebar rods for drumsticks. Combined with John Hamill’s drum kit, Christ, we kicked up one hell of a sound, and avoided all the dire industrial tropes. Neil Haggerty joined in December ’85, and we toured with Peach of Immortality in January ’86. (The PG line-up was Jon Spencer, Julie Cafritz, John Hamill, Neil, and myself.) Rehearsals leading up to the tour were relentless, but the “Fuck Sky Bear” POI/PG tour dates were very poorly attended (with the odd exception).” – http://www.toliveandshaveinla.com/omwireiv1.htm 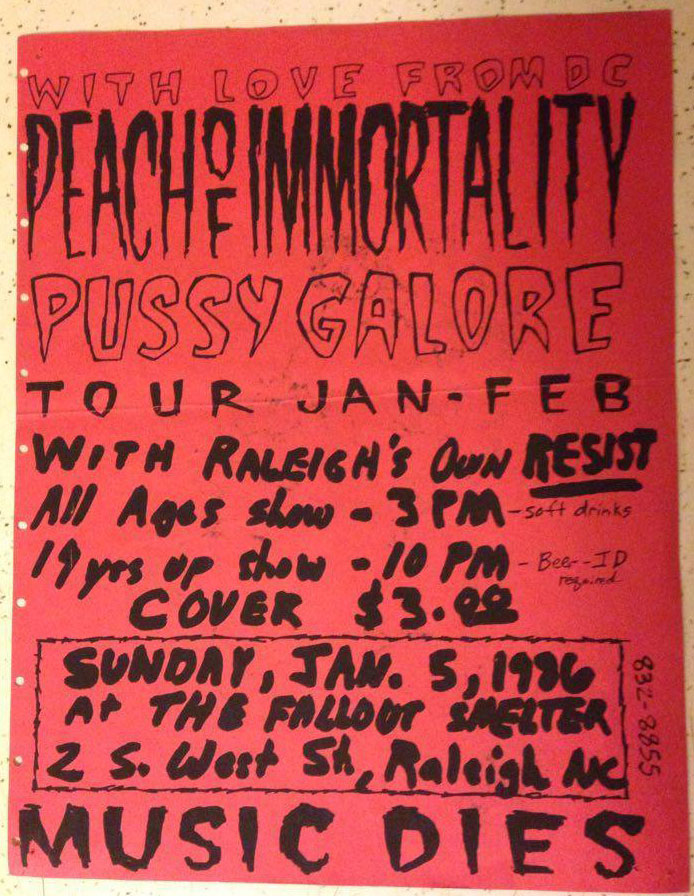