“5:15 p.m.: Birdsong sticks around after the White Moms’ set to play guitar, keyboards and drums in Service, a scorched-earth beast with a rock ‘n’ reputation that proceeds it. Jilly Weiss previously sang in We Are Hex, bass player John Zeps has played in perhaps dozens of Indianapolis bands and drummer Russell Simins now lives in Indiana after making his name as a member of the Jon Spencer Blues Explosion. The fifth member of Service appears to be its glue: guitarist Mitch Geisinger. His economical style is all killer and no filler, which adds a sledgehammer to Simins’ dirty-blues tendencies. Meanwhile, Weiss captivates every onlooker thanks to her metal head-banging, Roger Daltrey mic-cord tricks and Elvis-worthy arm thrusts. Lyrically, she shows a provocative side with, “I don’t know what to do with my body; I’m so glad that you do.”” – IndyStar.com 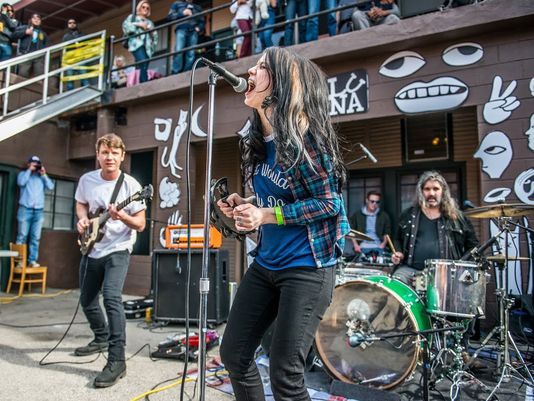 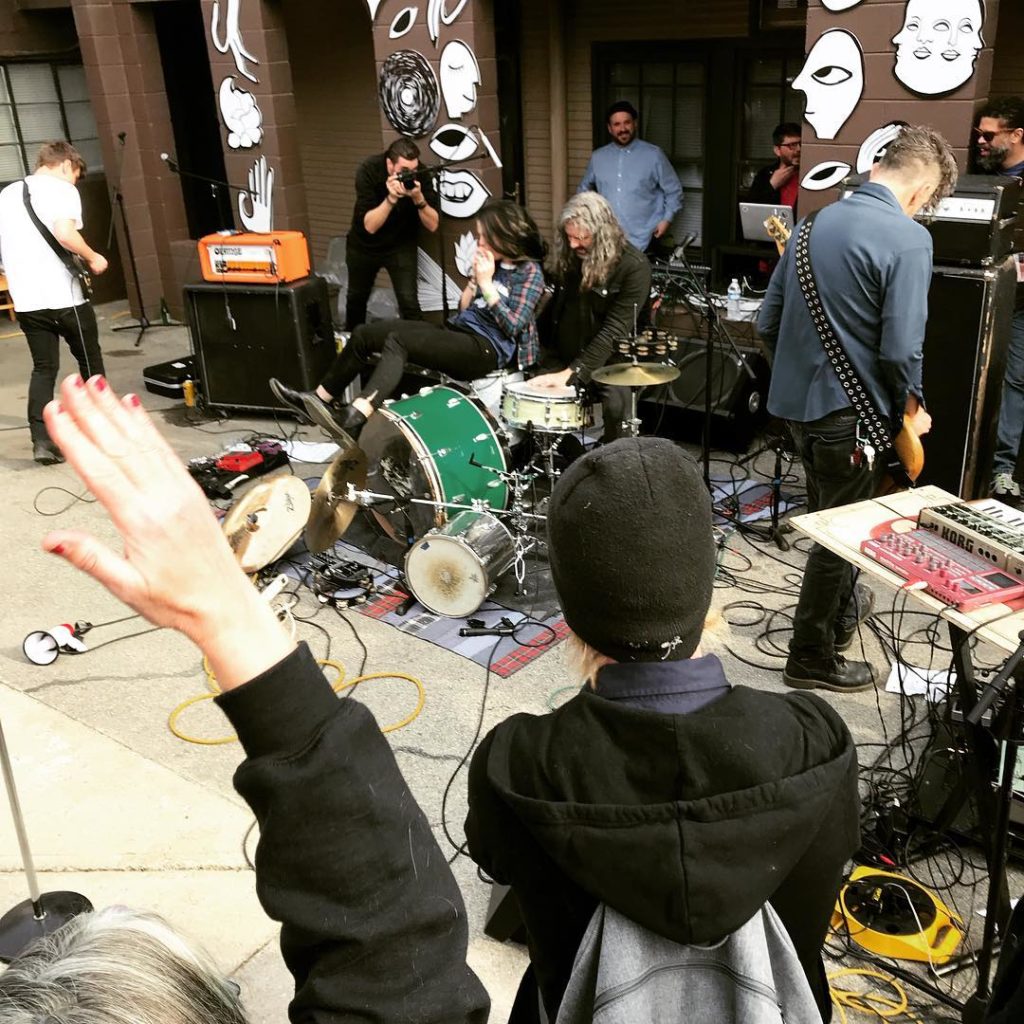 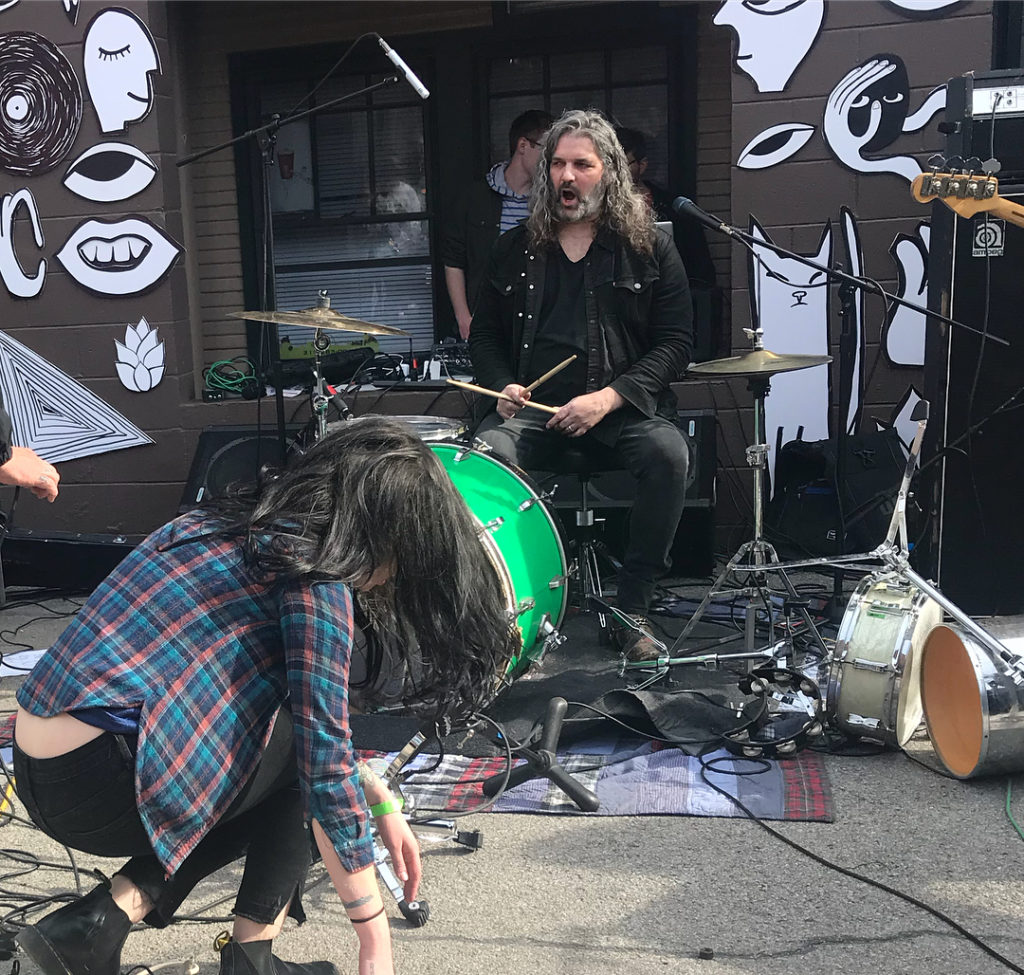 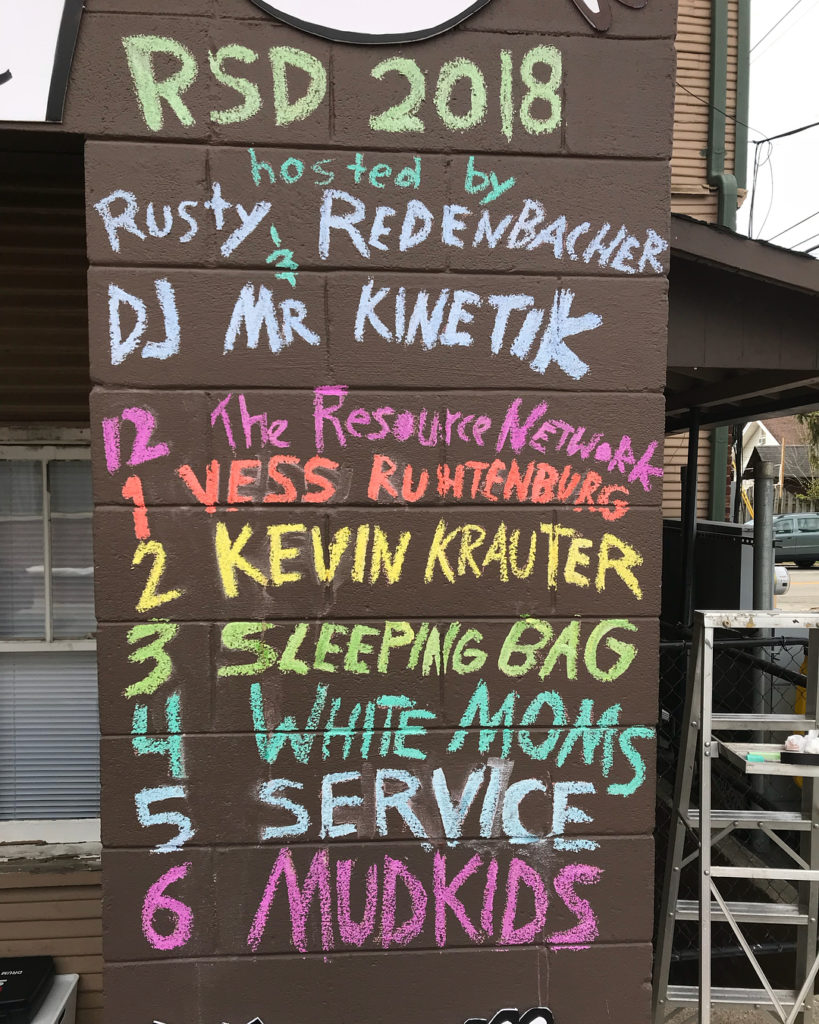 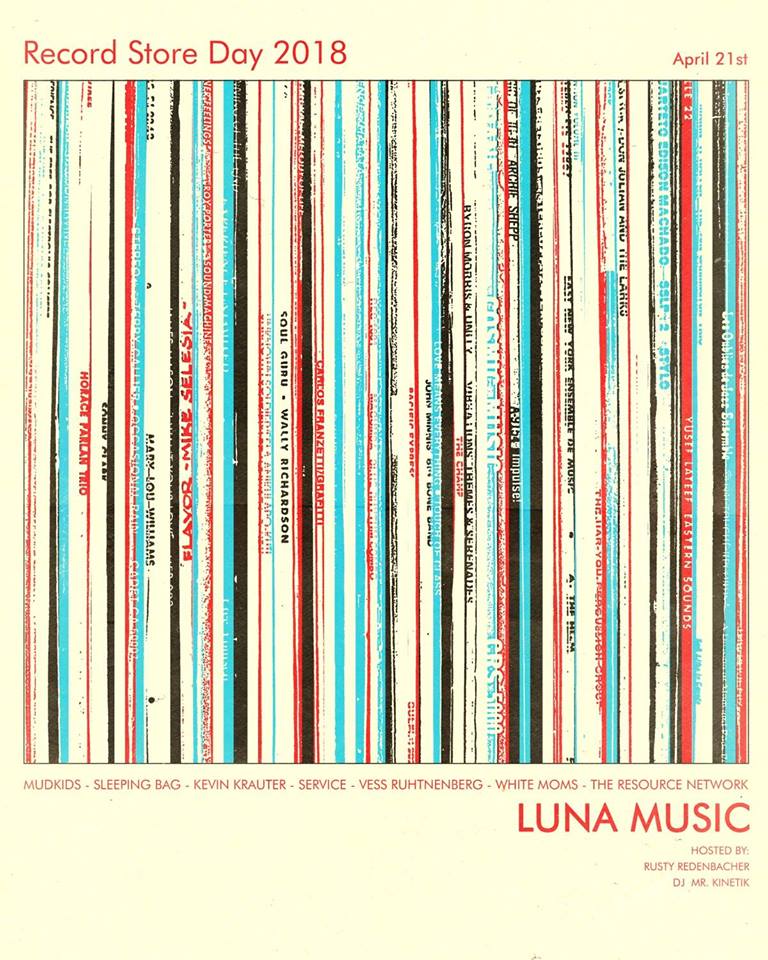 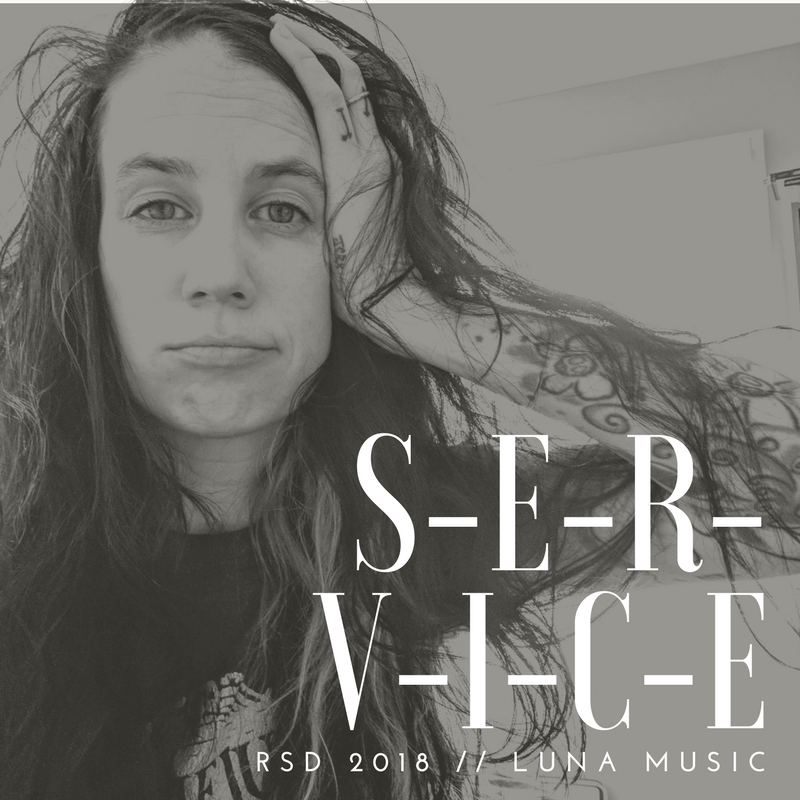 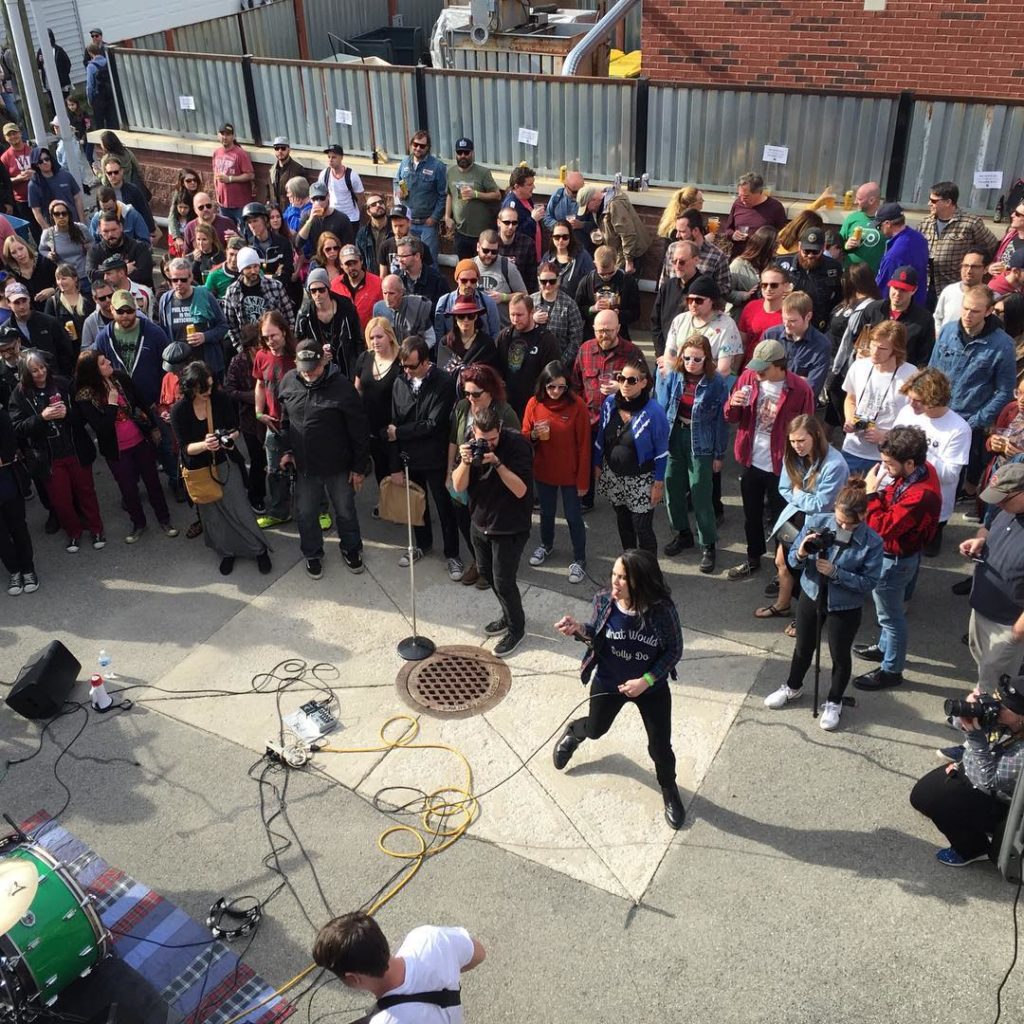