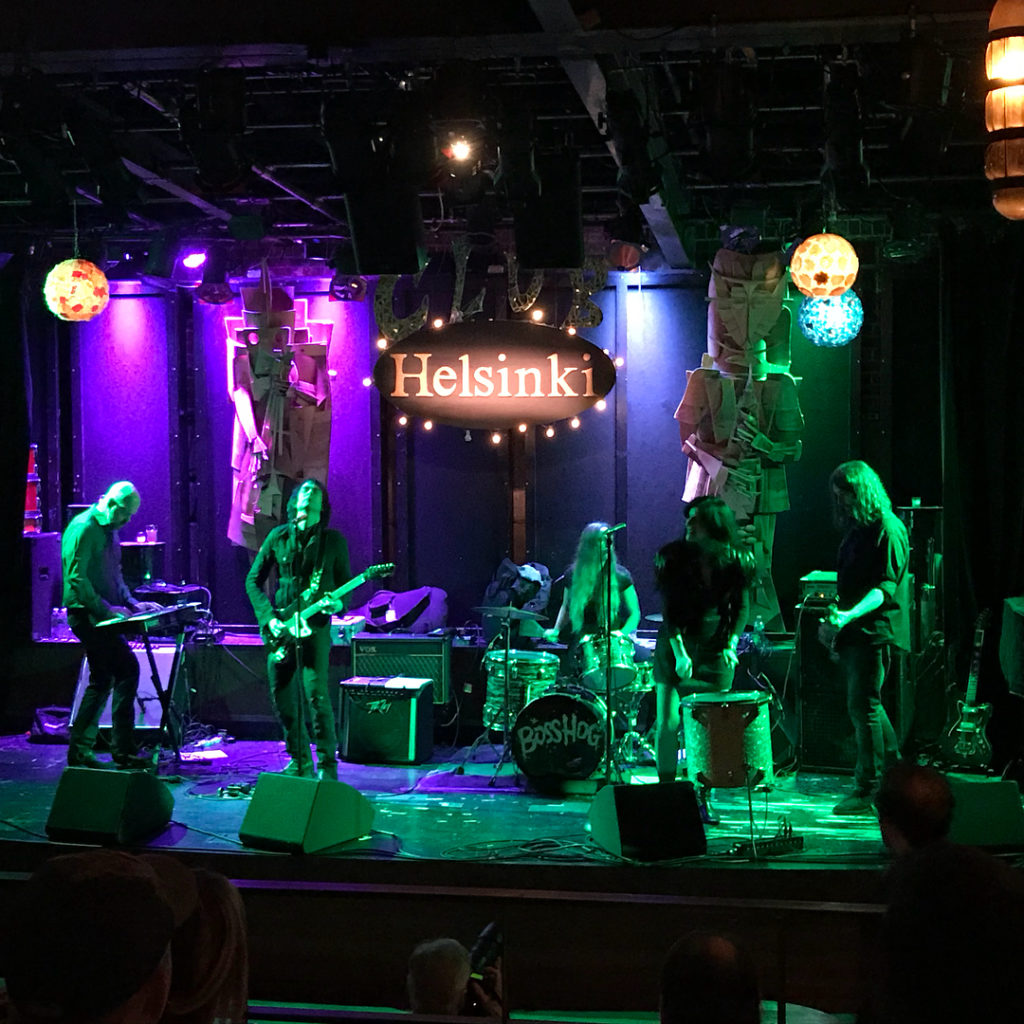 Boss Hog covered I Hate You by The Monks at this show.

“Sam Quartin, singer/guitarist for Woodstock, New York-based band The Bobby Lees, laughs as she recalls how she almost blew the chance for her band to work with Jon Spencer (of The Jon Spencer Blues Explosion and Pussy Galore fame). “He emailed us randomly and asked us to open for him when he was playing up in Hudson, New York. I had never even heard of Jon Spencer before. I didn’t know who he was! I was like, ‘Sorry, we’re busy.’ Then I looked him up and I was like, ‘Holy shit!’”

There really was a scheduling conflict – bass player Kendall Wind had her high school graduation ceremony on the proposed night. But once Quartin and her bandmates realized Spencer’s status, they knew even that momentous occasion couldn’t stand in the way of this opportunity. “I wrote him back: ‘Actually…we can do it,’” Quartin says wryly. “So Kendall just rushed from graduation and we did it.”” – https://stompandstammer.com/feature-stories/the-bobby-lees/

“This longtime Manhattan couple are in their early 50s, and their son is enrolled at Bard College. They have looked at a fair amount of upstate real estate. They say they liked the way Kingston seemed organized into distinct neighborhoods. Though they were attracted to the romantic vision of the Rondout waterfront, they recently decided to buy a house closer to Uptown. Last Saturday they drove up to attend to renovation decisions (their architect is Woodstock-based Barry Price), and in the evening they planned to return to New York City.

They’ll be back this week. This Saturday evening, June 9, Jon Spencer and Cristina Martinez are the featured performers at Helsinki Hudson. They, along with bass player Jens Jurgensen, drummer Hollis Queens and keyboard player Mickey Finn, form the provocative punk-rock blues band Boss Hog. Originally started in 1989, the band has had several incarnations, most recently releasing its first full-length album in 17 years, Brood X, in March of last year. The Hudson event this Saturday is sandwiched between shows in New Haven and Brooklyn and followed by a week in Spain.

Attempting to encapsulate Boss Hog’s style, Jonathan Ringen of The New York Times last year came up with, “Mr. Spencer and his various collaborators channeled rockabilly ghosts and punk weirdness into a crackling electric riff-heavy sound.” When it comes to description, I favor a Wikipedia riff of the band’s 1995 debut on a major label: “The sleazy glam-punk sound of abrasive buzzsaw guitar and part-sneering, part-shouted vocals continued largely unabated,” the reviewer writes. “Fans and critics ate it up like pancakes on Christmas morning.” Also worthy of mention is reviewer David Sprague’s pithy evaluation of Boss Hog as evolving from a conceptual exercise in art-rock carnality into a legit, earthy dirt-blues band.

America has this prudish thing about nudity that the rest of the world does not share. This collective personality tic proved an irresistible target for urban rebels, and the punk-rockers took their ridicule a step or two further. Boss Hog gained attention in 1989 when Spencer performed a whole show at a punk club naked.

He’s not the sole center of show-your-skin attention, however. When Martinez revs up her wild side, she really lets loose. “This woman, I’ve never seen anyone love the stage like she does,” Spencer told the Times interviewer about his wife.

Relax, folks: It’s a performance. In their own way, these two are solid members of the artistic bourgeoisie. There’s no chance whatsoever that you’ll see – even on Halloween, which Martinez calls “my high holiday” – either of them walking naked down Wall Street in Kingston. But if this summer you go to a place like Big Deep, the legendary swimming hole in Woodstock…hey, you never know.

This woman, in her day gig she’s production director of Bon Appetit magazine, toiling in the bowels of the Condé Nast journalism empire. In some of her spare time, she says, she’s reading as much about Kingston history as she can.

This man, he remains fully involved in his musical career. He’s preparing his first solo record. He describes Boss Hog as a favored passion project – something the band does to please itself. They’d like to do more, to travel to other places. Make them an offer.

Why reside in Kingston? “It’s a proper city,” Cristina replies. “It’s got a diversity of cultures. I want to live in a place where you can walk to get coffee and a newspaper.”

Jon says he’s ready for a different kind of life, one closer to nature, with its own kind of balance. Kingston offers a little-bigger-than-small-town option. Proximity to the Big Apple, where the couple has spent so many years, is an important safety valve. After all, the prospect of leaving the big city after all those years is a little bit scary.” – https://hudsonvalleyone.com/2018/06/07/noise-rock-royalty-moves-to-kingston/ 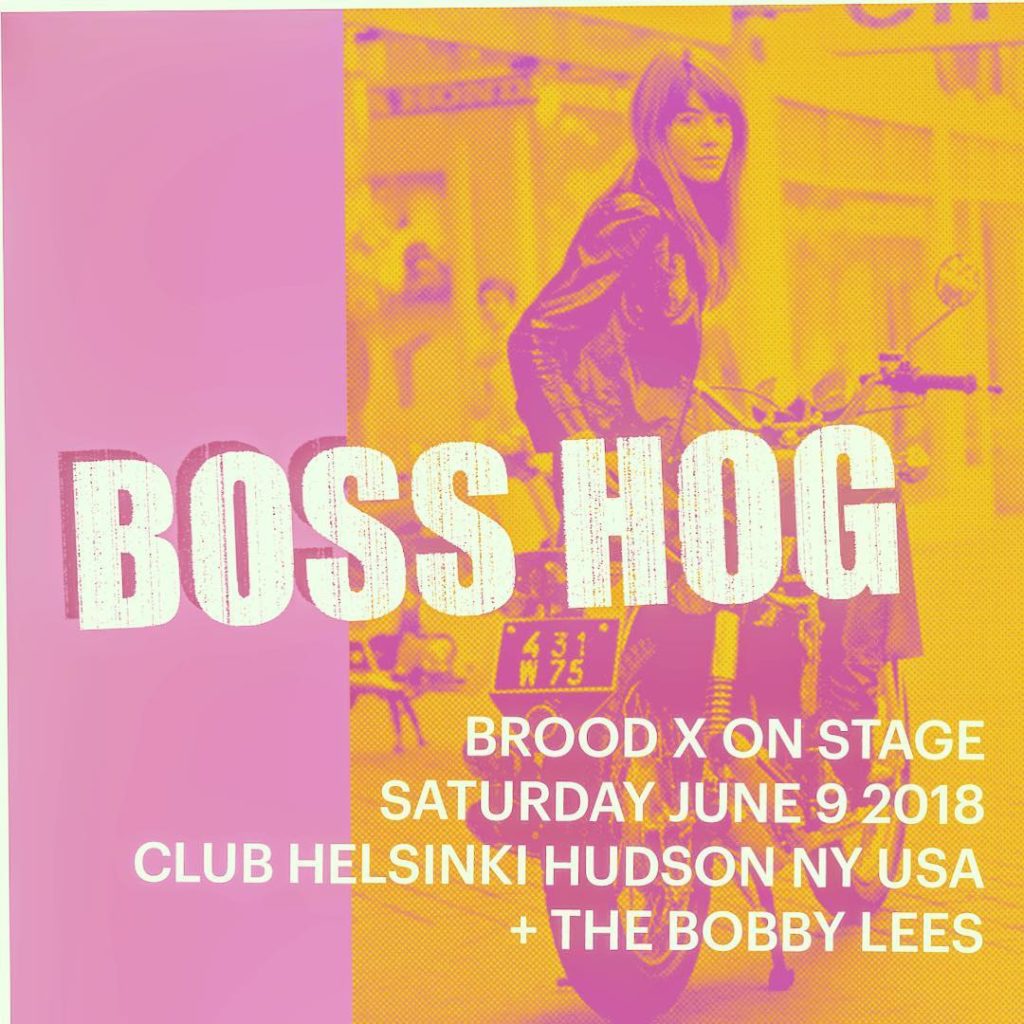 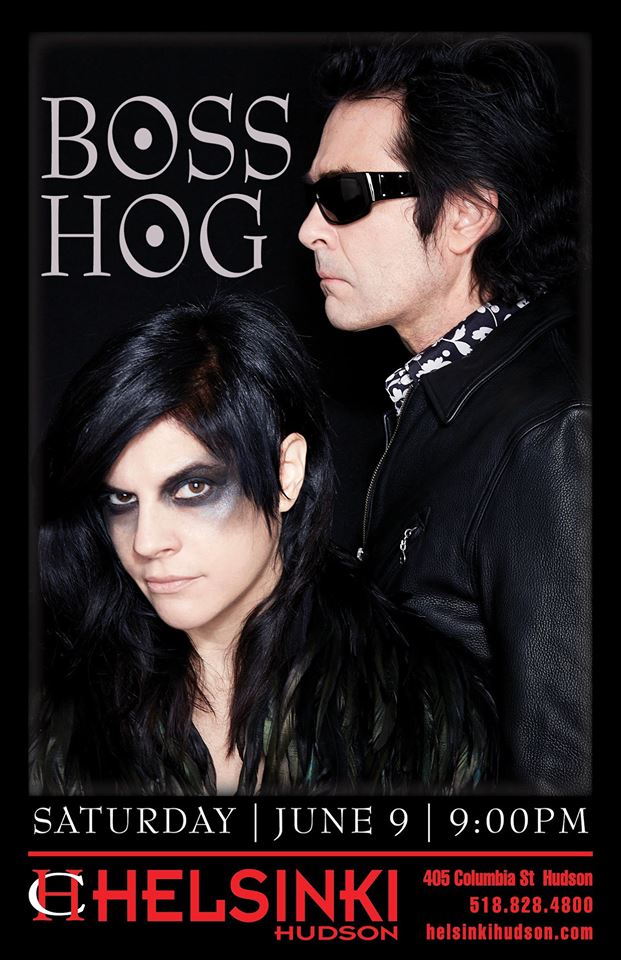 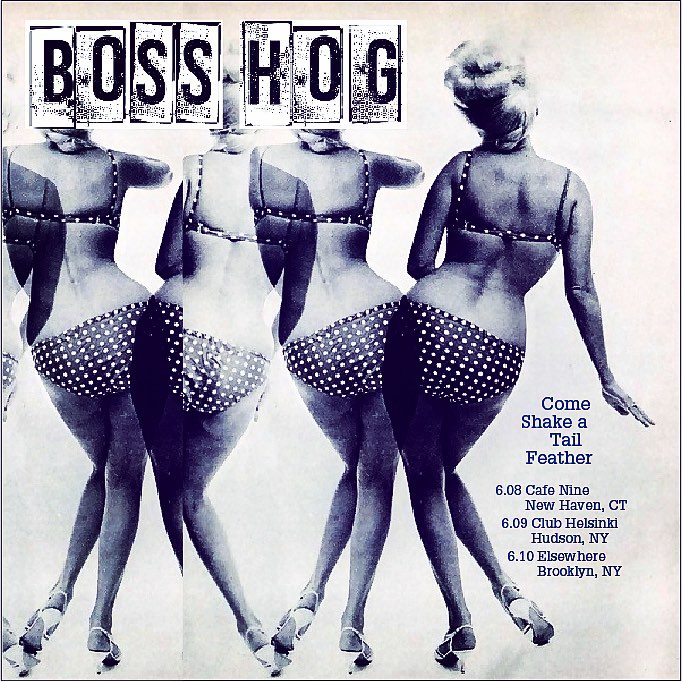