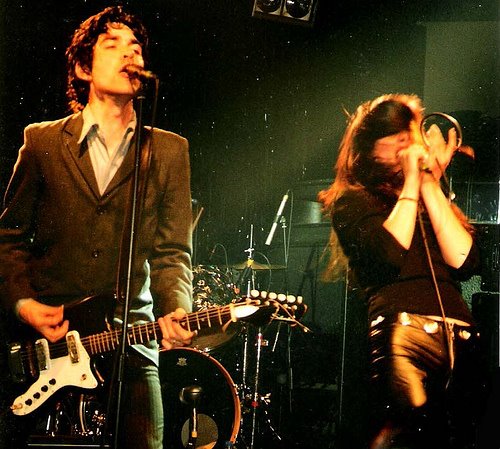 “Jon Spencer and his wife Cristina Martinez, however, happen to have the most rock ‘n’ roll partnership in the world as they slink out onstage for this, a rare London appearance by their on-going, ultra-sleazy but still very sexy garage rock project Boss Hog.”

“Boss Hog then go on to play some of the most hip-swinging, head-shaking rock ‘n’ roll this side of the Rolling Stones.” – James Sherry / Kerrang

Thanks to Martin for the ticket scan. 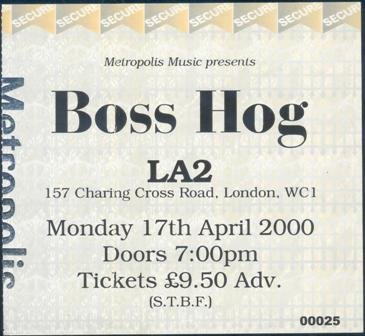