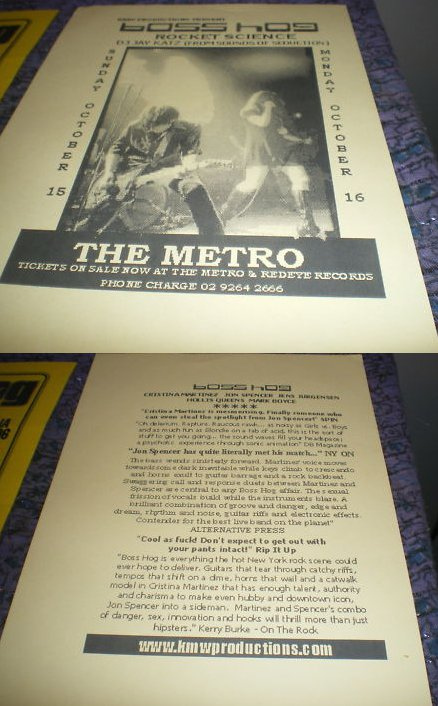 Boss Hog show at The Metro, Sydney, Australia with Rocket Science on 15/16 October 2000.

Rear side of flyer has a selection of quotes about the band some of which are as follows:

“Jon Spencer has quite literally met his match…” NY ON

“Cool as fuck! Don’t expect to get with your pants intact!” – Rip It Up

“Boss Hog is everything the hot New York rock scene could ever hope to deliver. Guitars that tear through catchy riffs, tempos that shift on a time, horns that wail and a catwalk model in Cristina Martinez that has enough talent, authority and charisma to make even hubby and downtown icon, Jon Spencer into a sideman. Martinez and Spencer’s combo of danger, sex, innovation and hooks will thrill more than just hipsters.” Kerry Burke – On The Rock” 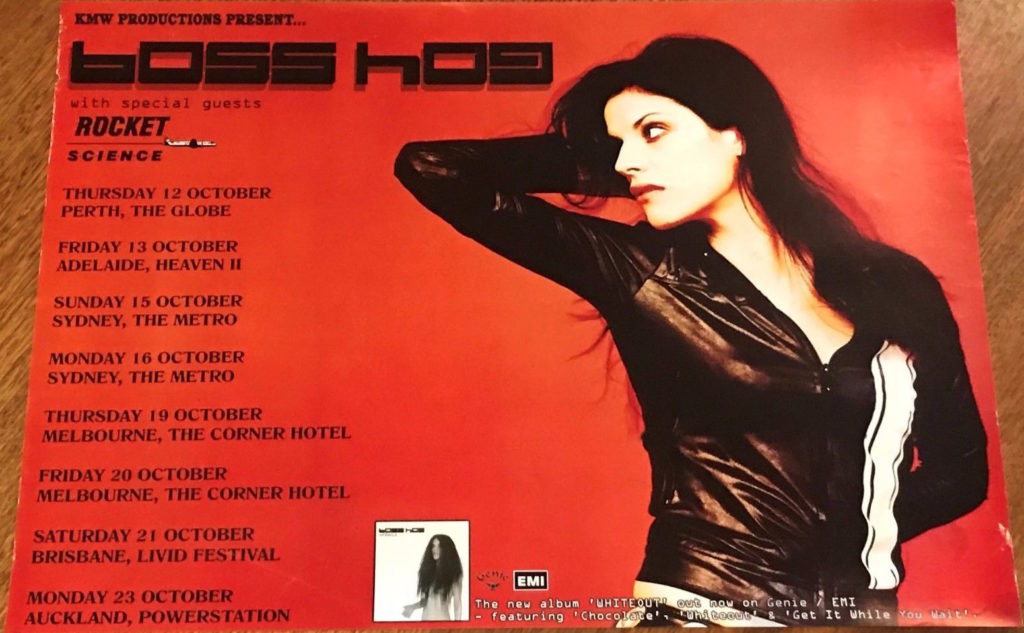