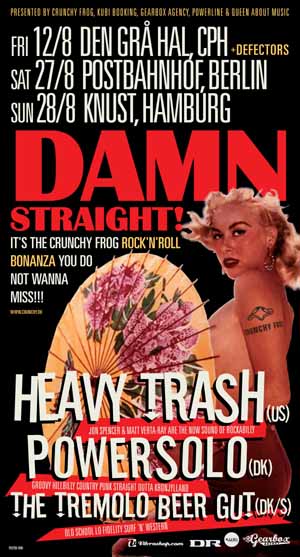 Live recordings of the Heavy Trash songs Back Off, Dark Hair’d Rider and The Loveless from the Den Gra Hal show were released on a Damn Straight! live compilation.

Jon Spencer appeared on releases by Powersolo (Egg) and Tremolo Beer Gut (Under The Influence of…). Powersolo would later perform as part of the Heavy Trash live band and both artists released a split EP titled Favoritenserie no. 2.