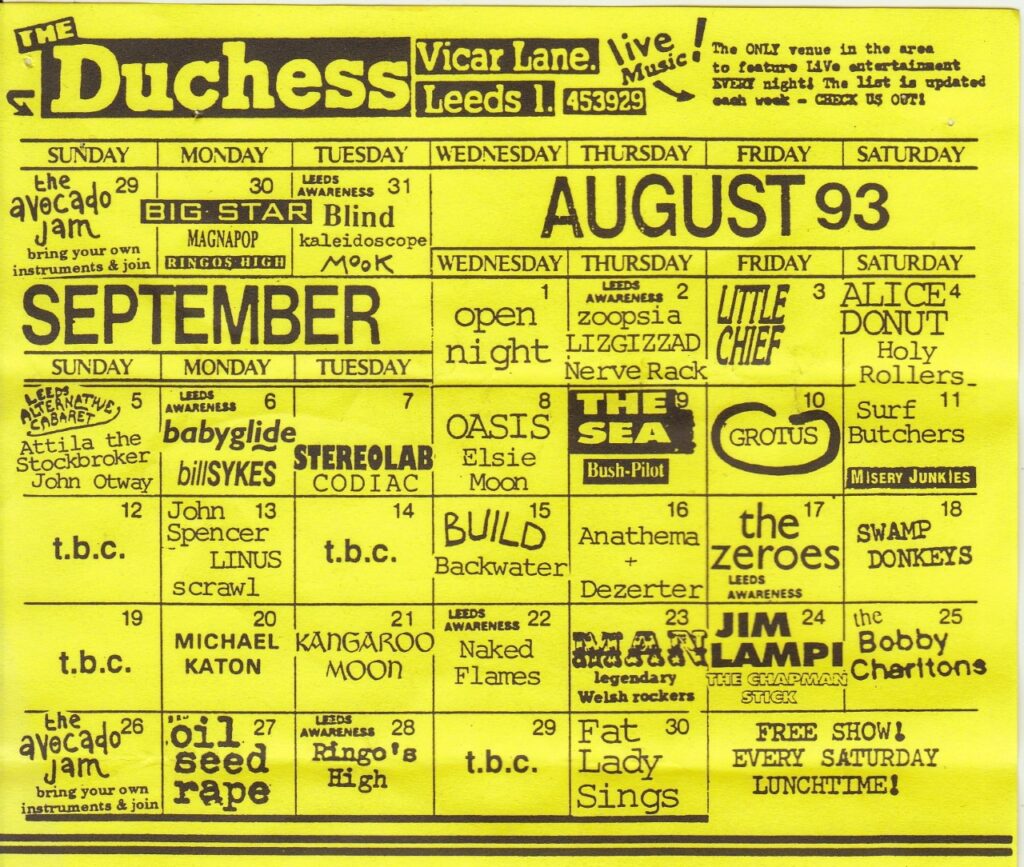 The Jon Spencer Blues Explosion show at Duchess of York, Leeds, UK with Linus and Scrawl on 13 September 1993.

“Living in Manchester at the time, a few of us travelled across the Pennines to see the Blues Explosion play live at Leeds Duchess Of York, a gig that was apparently on 13th September 1993, a week after both Stereolab and Oasis had also played there. Anyway, this remains one of the great rock’n’roll gigs I’ve been to, a suitably thrilling introduction to the Blues Explosion live experience.” – nltfanclub.wordpress.com