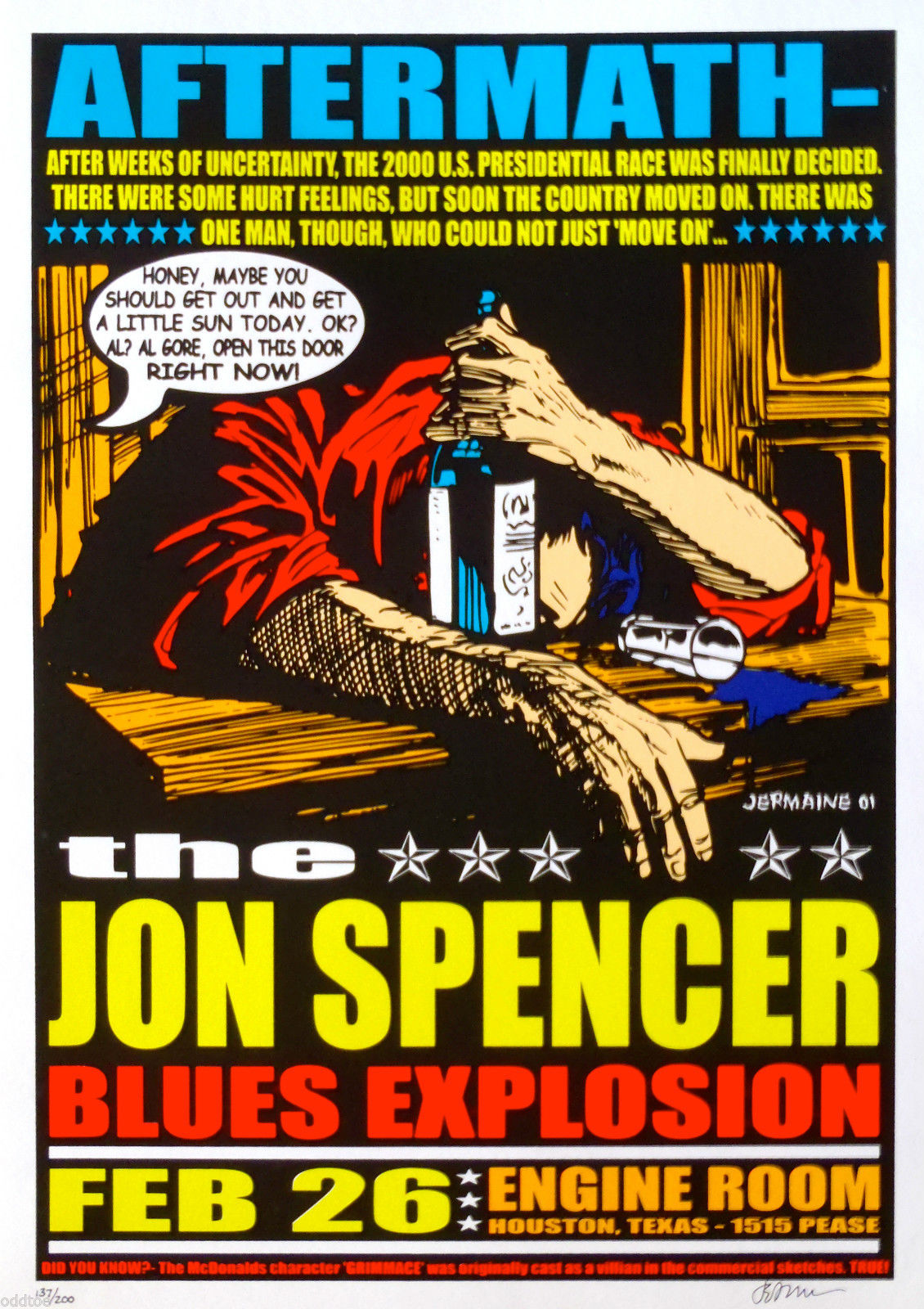 “Even having listened to the entire 75 minute set, I’m not sure exactly what the set list was – I’m not even sure when songs began and ended. Not only was I too mesmerised to really care, but the band never dropped the performance. Not once was there a pause for someone to get a drink, to change guitar picks or to bore the audience with a lot of talking. It was as if some kind of rock ‘n’ roll perpetual motion drove the night.” – Carly Kocurek

“When we’re writing songs as a band, we’re coming from a gut level, just coming from a feeling,” begins Spencer. “With live shows, we don’t use a set list. We just kind of come out and ride the wave of the crowd. Those are probably the two most important things we do — write new songs and play concerts — and there’s not a lot of talking about what we’re gonna do [in either of them]. We just do it. For me personally, the Blues Explosion allows me to get some stuff out, some of the gunk from deep inside. I start with whatever comes off the top of my head, straight from the bottom.” – Jon Spencer from “Don’t Be So Literal” / HoustonPress.com interview / show preview.

Artwork (above): Jermaine Rogers, in a hand-signed/numbered edition of 200 pieces 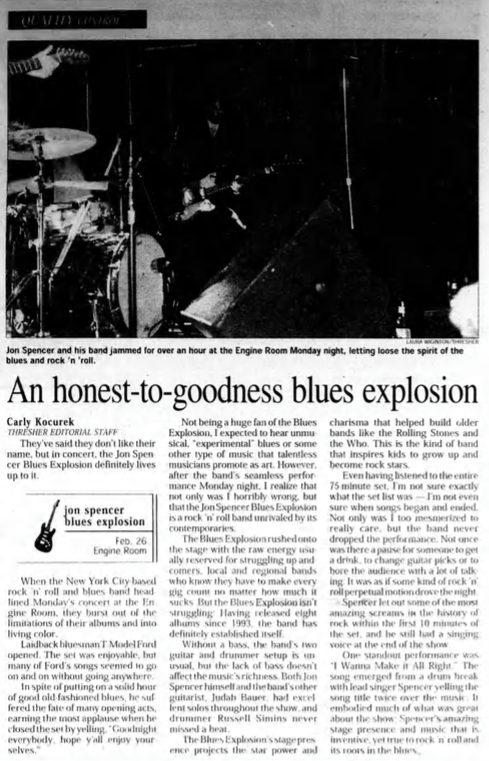