“…people should get there early and check out the Yeah Yeah Yeahs. They’re another fine band from New York City; they’re a really great band. It’s going to be a great show, so don’t mess it. I telly, it’s going to be the rock ‘n’ roll show of the year!” – Jon Spencer, Kerrrang! (April 2002)

“The clamour that has greeted the White Stripes lately must be particularly galling for New York’s Jon Spencer, who has spent a decade as the prime purveyor of down-home, dirty, urban blues. Meg and Jack White haven’t just stolen his thunder but danced about with it on Top of the Pops. Now, though, Spencer is getting the payback.

The Stripes’ success has reignited interest in the Blues Explosion, who have sold out their entire UK tour. However, TV appearances are not expected, not least because the sight of the greasebucket-haired, primal-screaming Spencer would cause the easily disturbed to throw up over their chips.

“Aaaaaooooowwwwww,” he cries. “Bloooooze explosion.” You’d think he’d tire of this, having done it between songs for eight years. And the “Blues” tag is actually a misnomer, because a JSBX gig is about celebration. Mostly, we appear to be celebrating the fact that three men (with two guitars, drums and not a bass in sight) can make a sound somewhere between a trash can falling down an escalator and the Stones amplified through a washing machine.

It’s unwise to probe too deeply into what big Jon is trying to tell us. “Hold on to what you’ve got, keep on humping like a crazy rock,” he urges, alarmingly.

Although the JSBX sound chaotic, it takes great technical expertise to sound this trashy. The band whip from swamp to rock and from whoops to grunts in the blink of an eye.

In the course of 90 minutes, they probably play 157 songs. “I want to get crazy, I want to get famous,” yells big Jon, although his rock’n’drawl spew is not exactly littered with distinctive songs – and someone should tell him that even the Rolling Stones don’t sell records by sounding like the Rolling Stones these days. Somehow, though, you can see him easily outlasting the White Stripes, because the only places for a character like this are rock’n’roll or jail.” – Dave Simpson, The Guardian (13 April 2002) 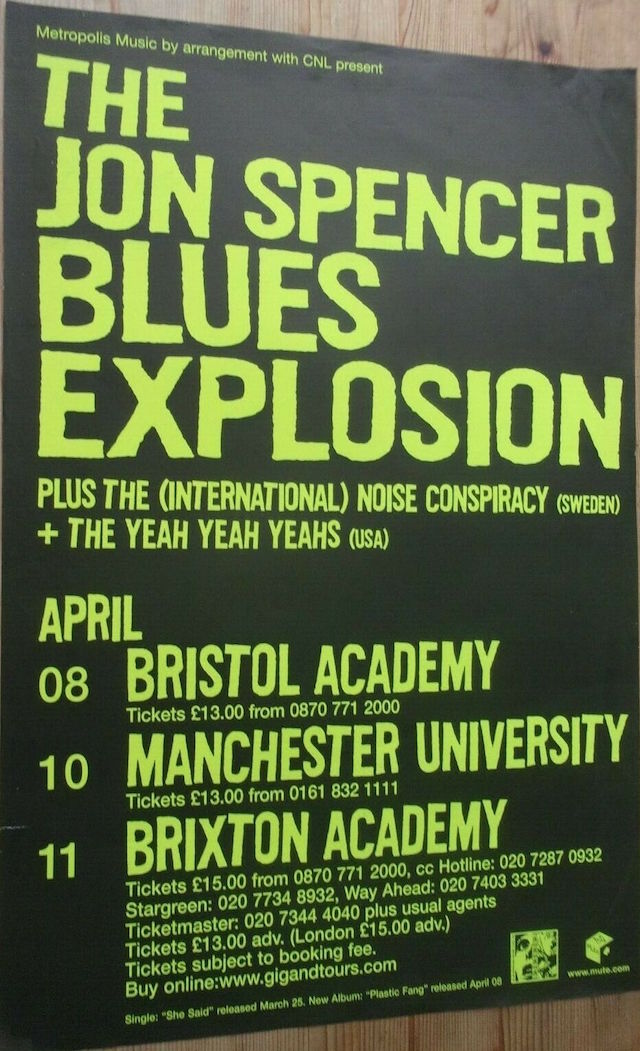 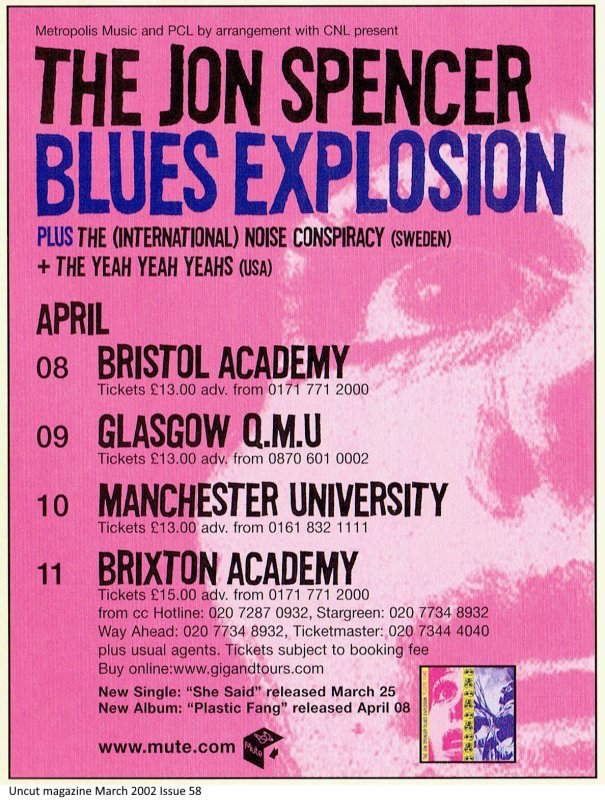