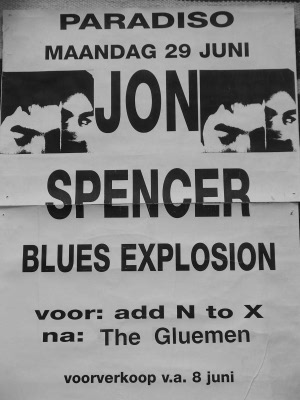 Poster for CANCELLED The Jon Spencer Blues Explosion show with Add N to (X) and The Gluemen scheduled to appear as support on 29 June 1998.

The poster uses images taken from the Now I Got Worry sleeve.

Jon Spencer appeared on the Add N to (X) song White Scrapie released as a b-side to The Poker Roll.